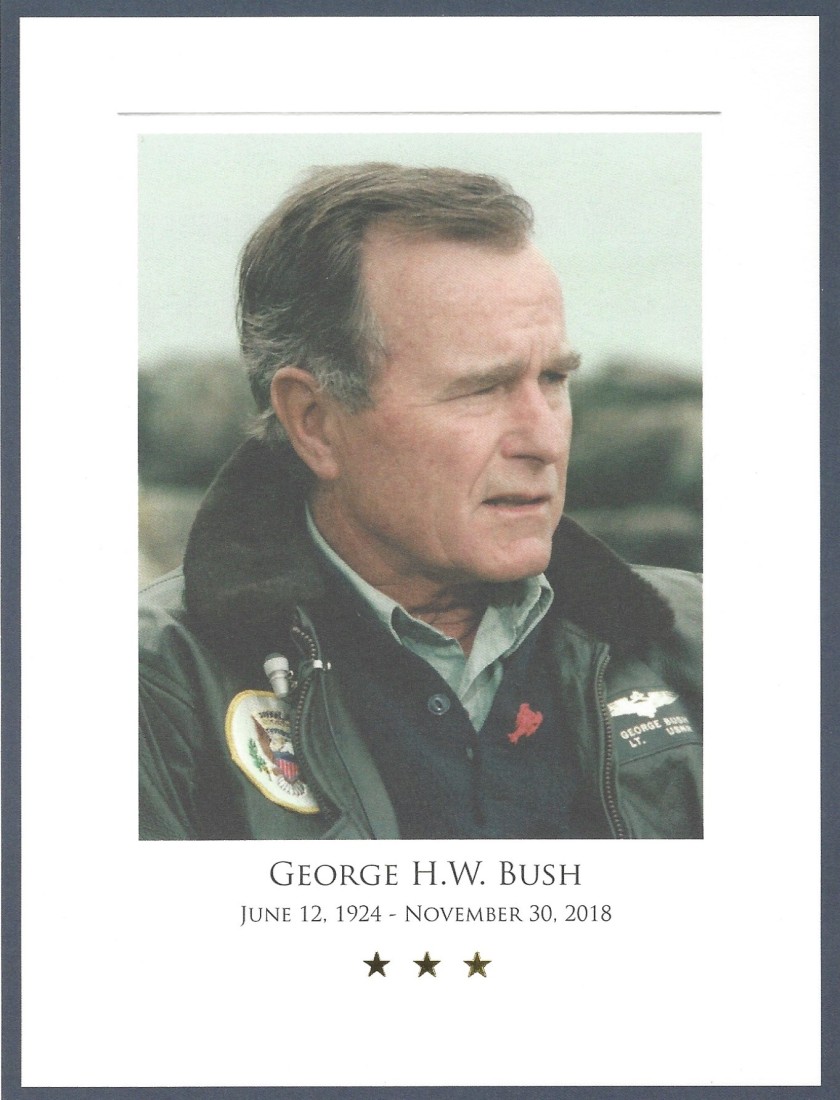 Response from the Bush Family on the passing of George H. W. Bush 41st President of the United States. the reply includes a card from George W Bush son and 43rd president of the United States of America. also included is a card honouring the life of George H. W. Bush with a picture on the front and a list of the offices he held on the back. The envelope was hand written which is a nice personal touch by the correspondence department of George W Bush. 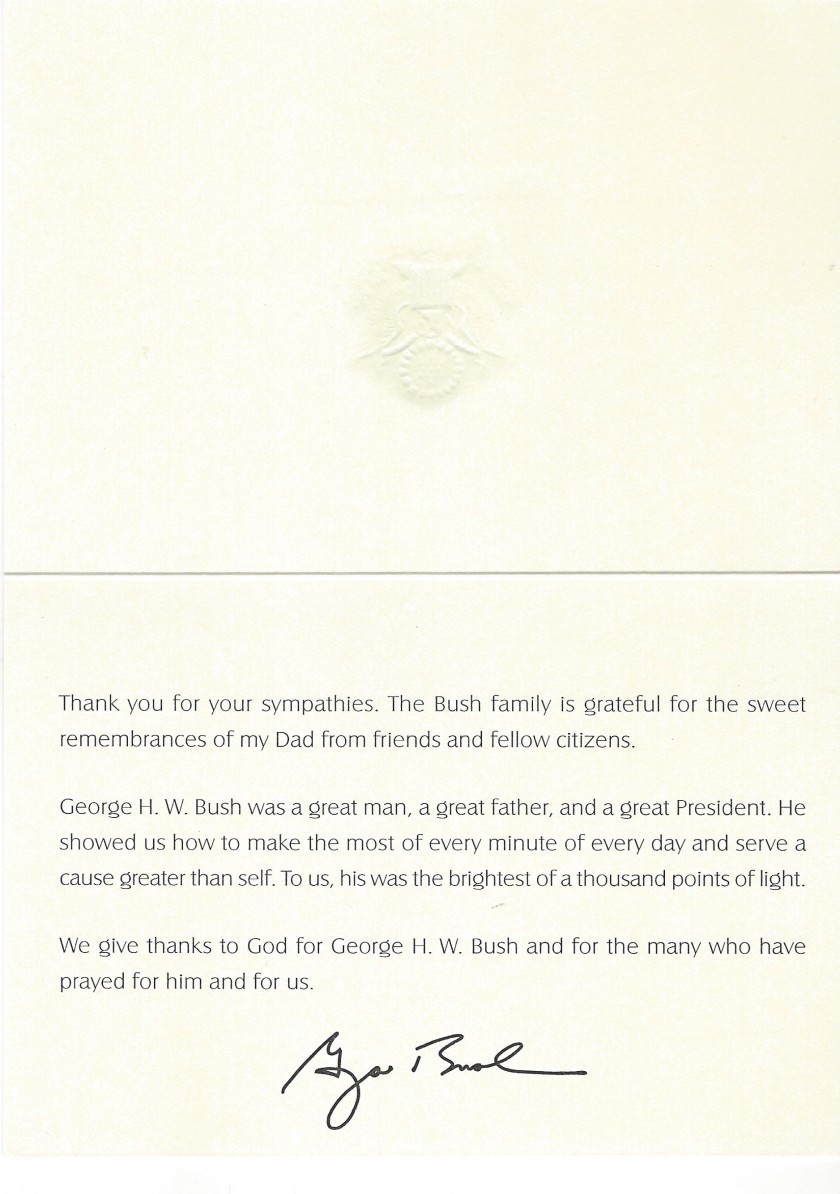 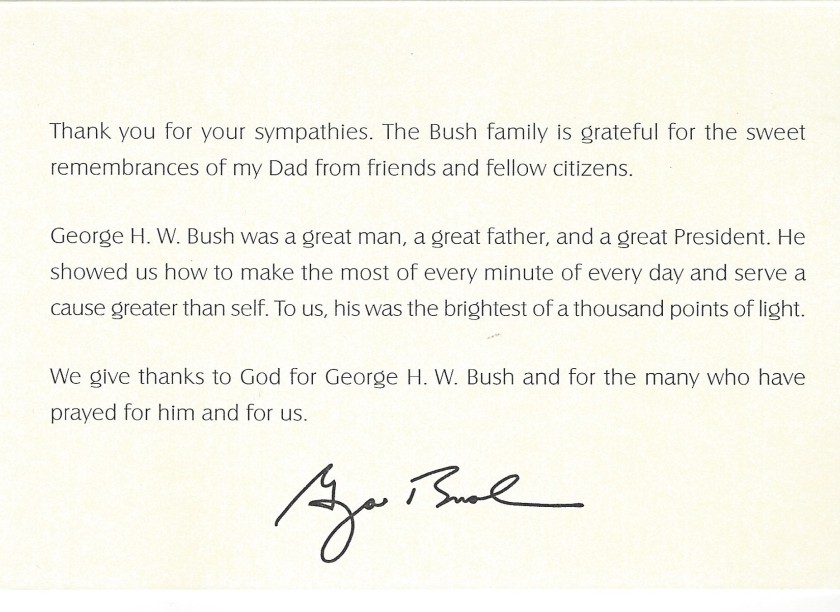 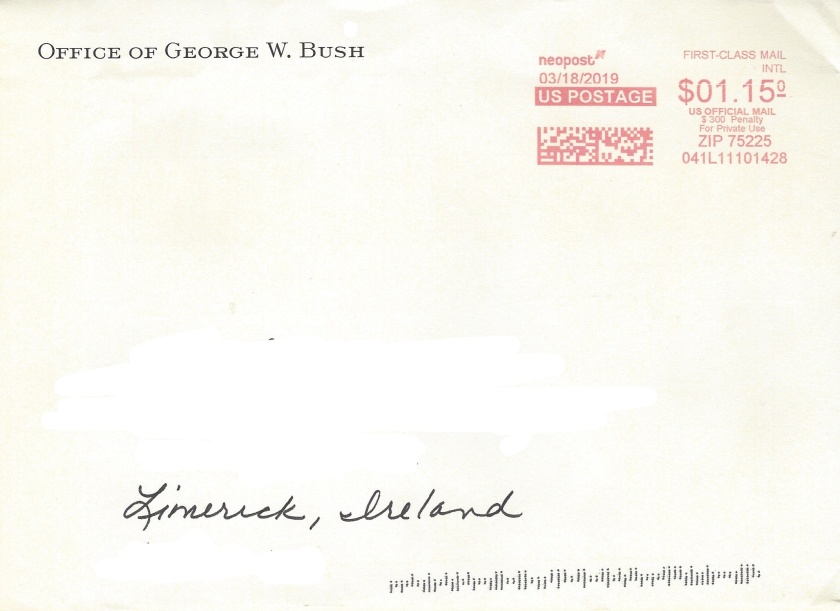 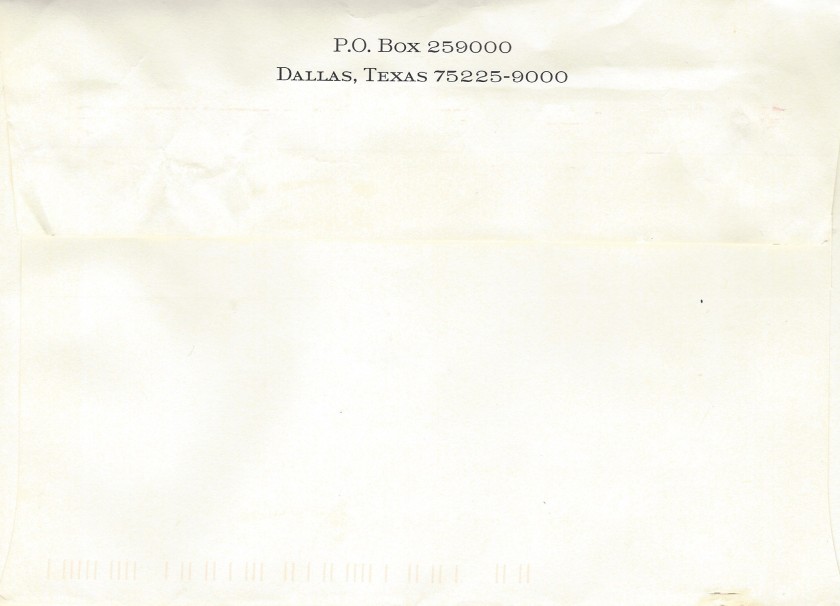