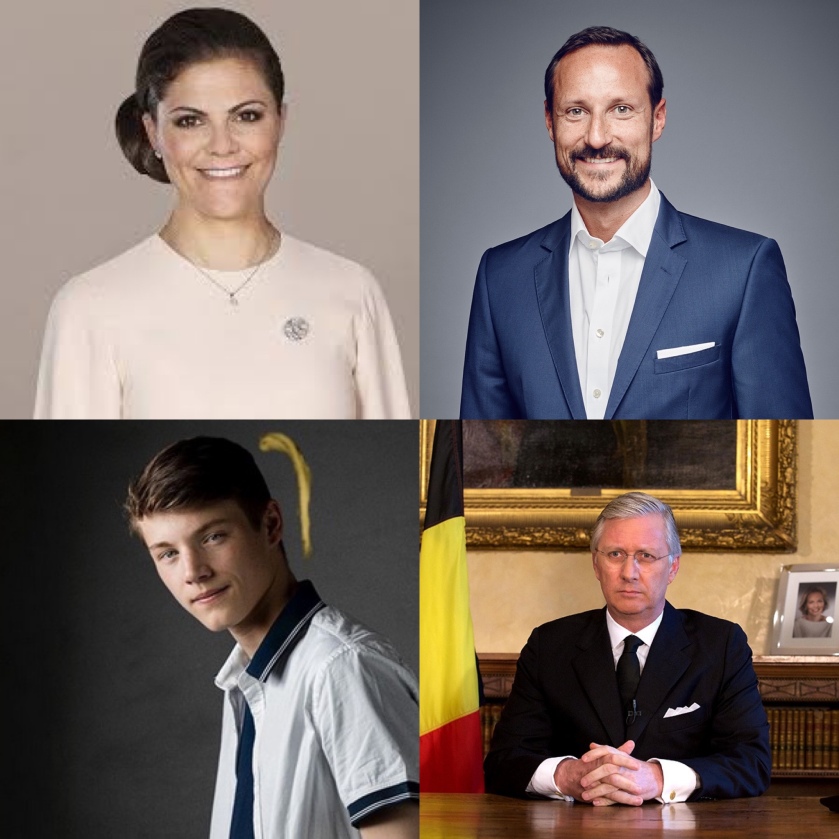 The Crown Princess of Sweden (43) – Victoria – Heiress Apparent to the Throne of Sweden – Daughter of The King and Queen of Sweden.

The Duke of Bavaria (87) – Franz – Head of the House of Wittelsbach-Former Rulers of The Kingdom of Bavaria. (Received 7th August 2020)

The Crown Prince of Serbia (75) – Alexander – Pretender to the Defunct Throne of Serbia and Yugoslavia – Head of the House of Karadordevic.

The Duchess of Cornwall (73) – Camilla – Wife of the Prince of Wales – Daughter-in-law of The Queen and The Duke of Edinburgh.

Crown Prince Haakon of Norway (47) – Haakon – Heir Apparent to the Throne of Norway – Son of The King and Queen of Norway.

Prince Felix of Denmark (18) – Son of Prince Joachim and Alexandra, Countess of Frederiksborg – Grandson of The Queen of Denmark and Prince Henrik.

The Hereditary Prince of Hanover (37) – Ernst August – Heir to The House of Hanover.