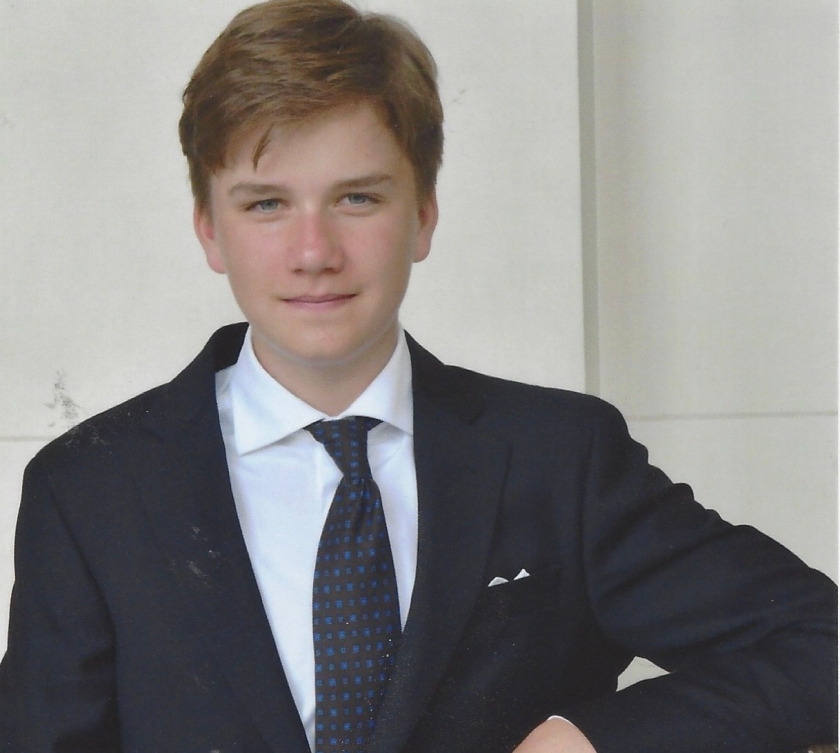 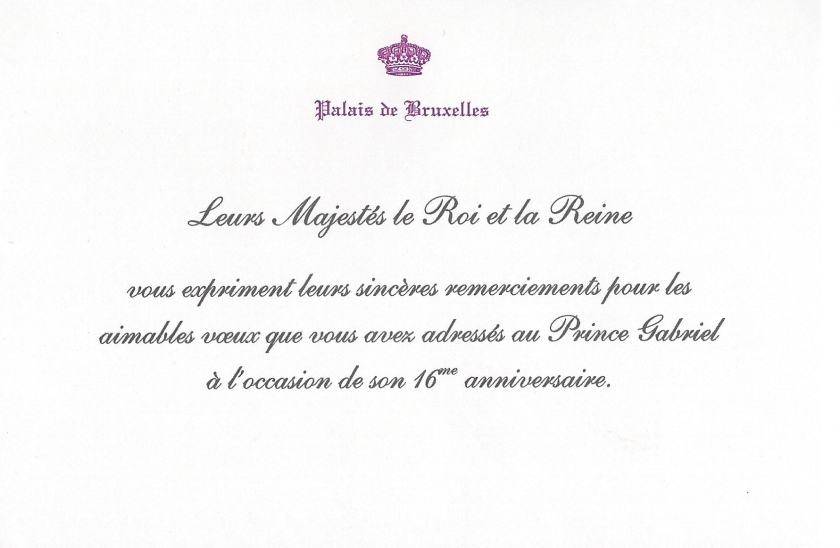 Their Majesties the King and the Queen express their sincere thanks for the kind greetings that you addressed to Prince Gabriel on the occasion of his 16th birthday. 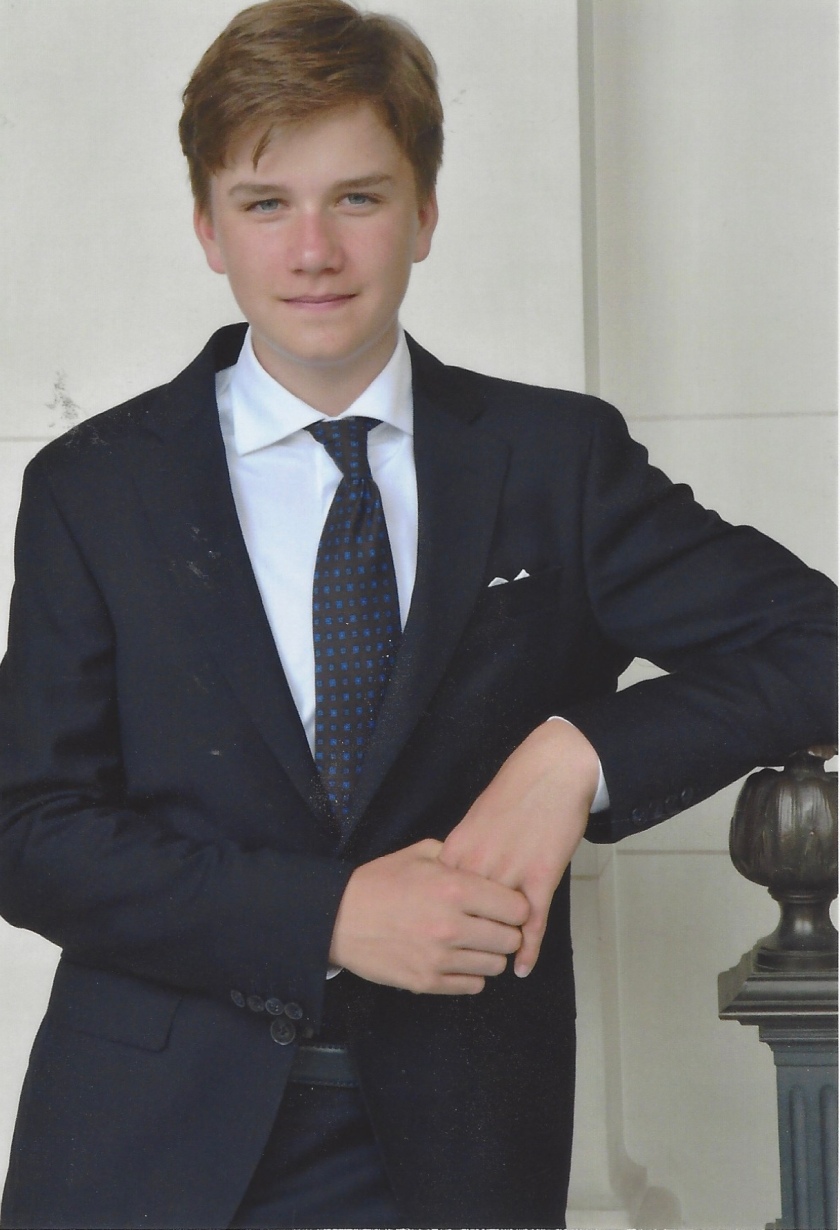