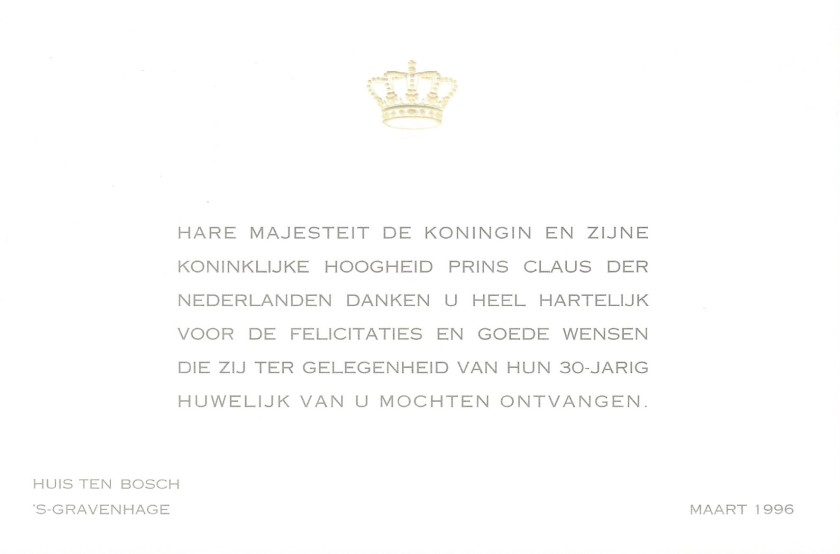 Royal response from Her Majesty The Queen of The Netherlands and His Royal Highness prince Claus f the Netherlands on the occasion of their 30th wedding anniversary. They married on the 10th March 1966. The reply is in the form of a card bearing a message in Dutch and is dated March 1996.

Her Majesty The Queen and His Royal Highness Prince Claus of the Netherlands thank you very much for the congratulations and good wishes they received from you on their 30th wedding anniversary.