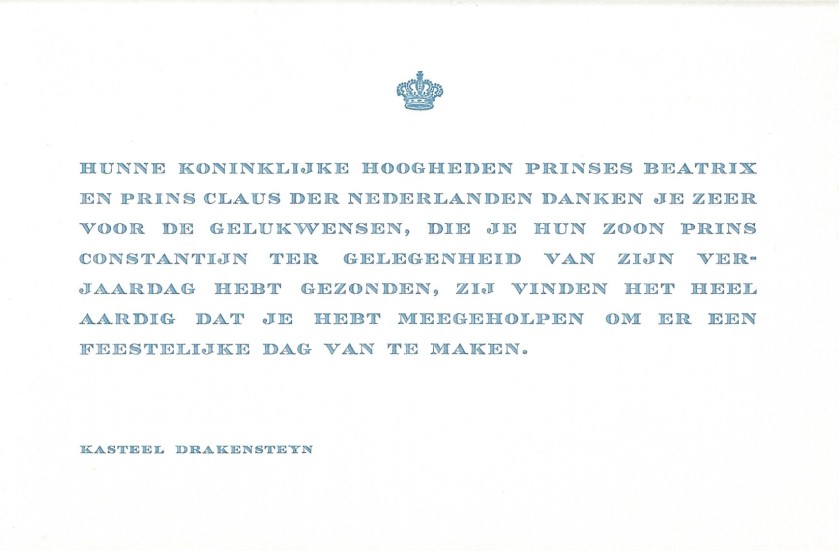 The reply is in the form of a card that bears a message in Dutch from Their Royal Highnesses. The year is unknown but must be from 1968-1980 due to the fact that it is from Princess Beatrix and not Queen Beatrix.

Their Royal Highnesses Princess Beatrix and Prince Claus of the Netherlands thank you very much for the congratulations that you sent their son Prince Constantijn on the occasion of his birthday. They are very pleased that you have helped to make it a festive day.