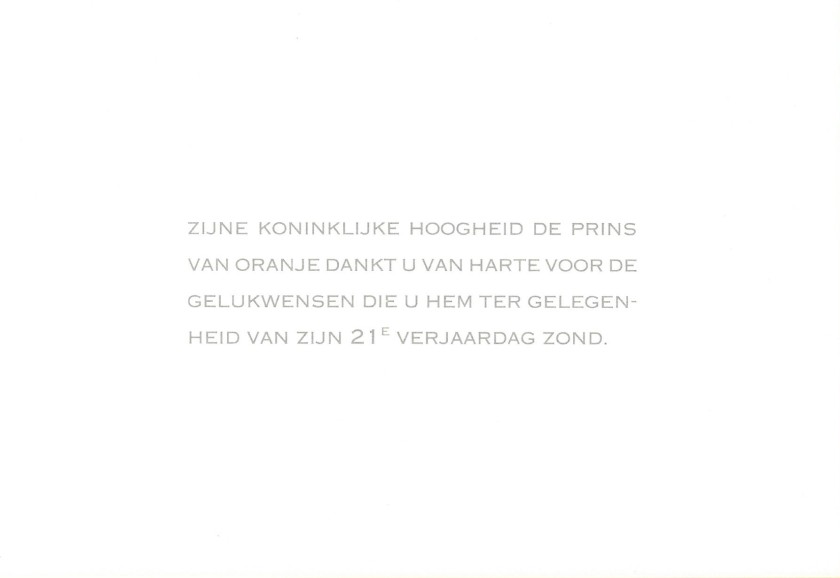 Royal response form His Royal Highness The Prince of Orange on the occasion of his 21st birthday.

Born Willem-Alexander Claus George Ferdinand on 27th April 1967 at the Utrecht University Hospital in Utrecht, Netherlands to Their Royal Highnesses Princess Beatrix and Prince Claus of the Netherlands.

The reply is in the form of a card in Dutch.

His Royal Highness the Prince of Orange would like to thank you for the congratulations you sent him on the occasion of his 21st birthday.