Born Stephan Leopold Justus Richard on 24th May 1959 in Detmold Germany to Their Serene Highnesses Armin and Traute, The Prince and Princess de Lippe.

He is a qualified lawyer and tax accountant.

He became engaged to Countess Maria of Solms-Laubach. 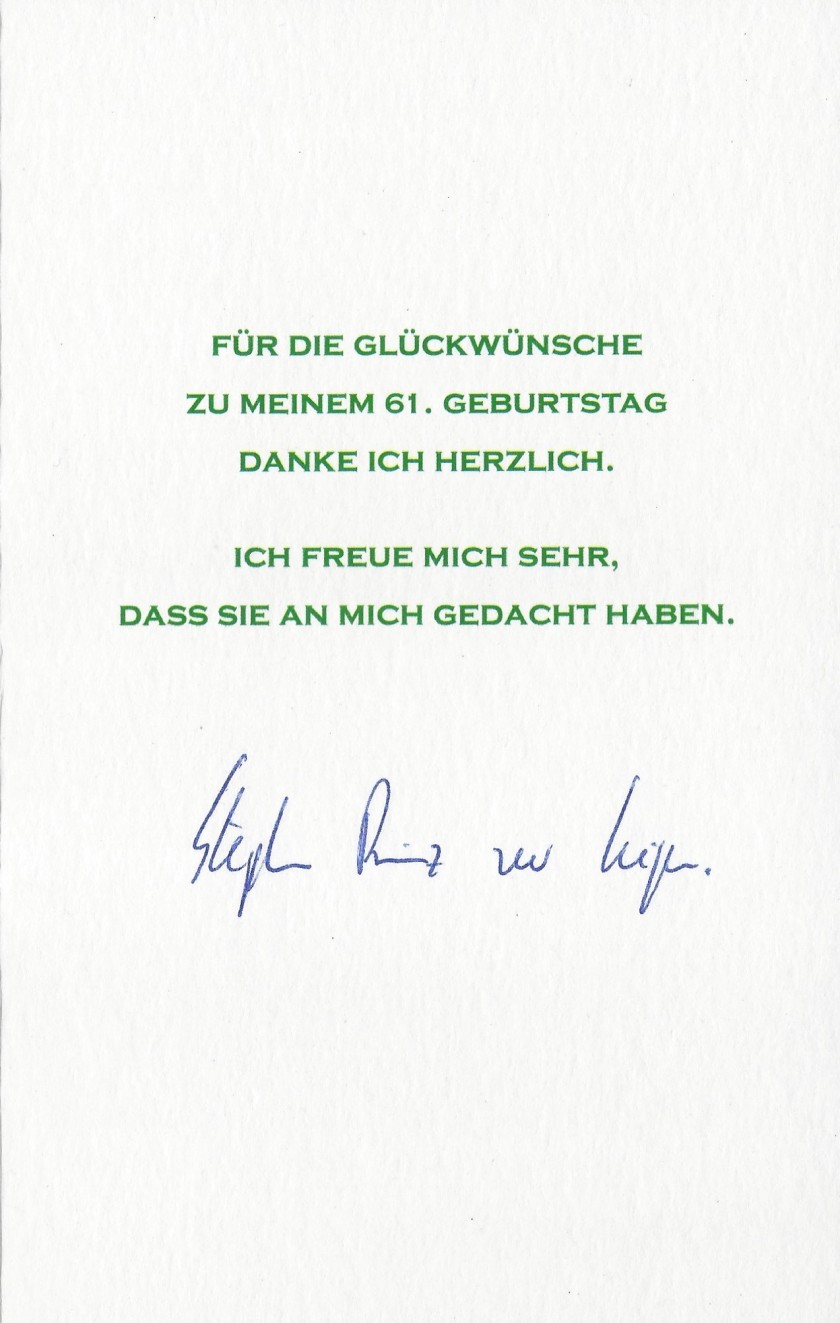