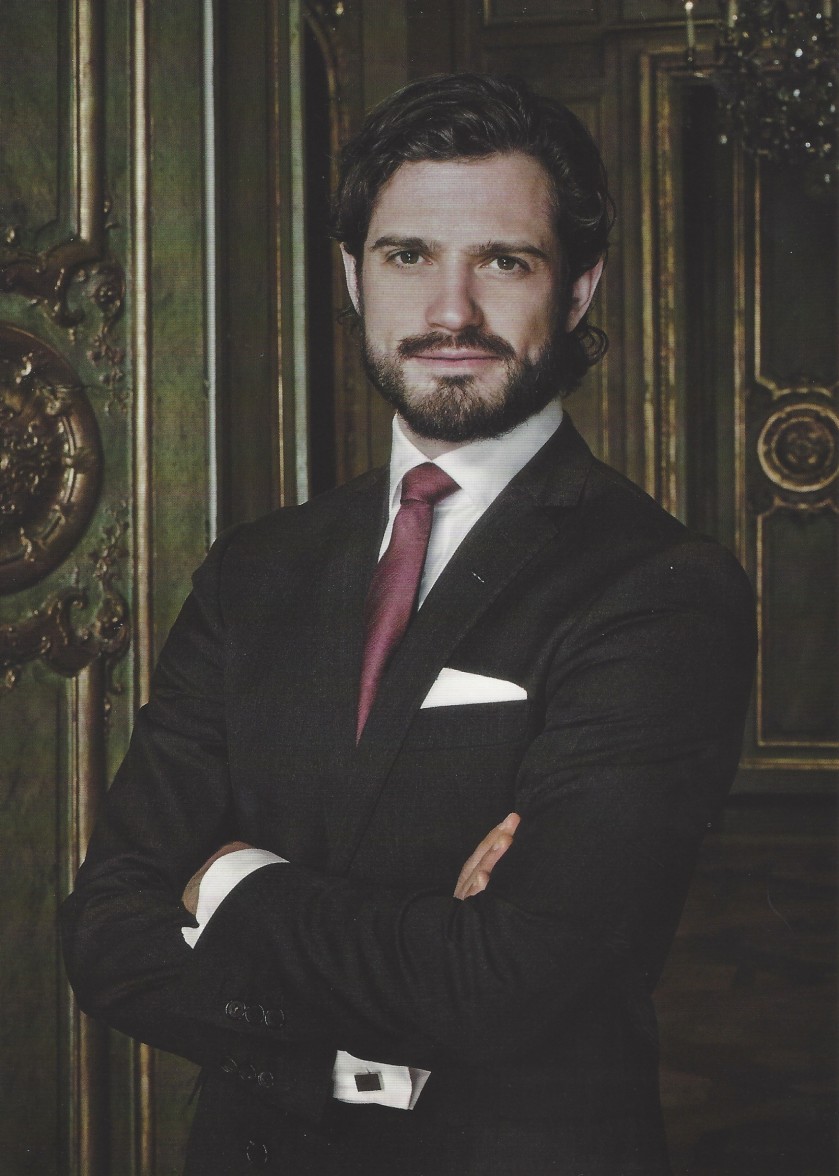 Royal response from His Royal Highness Prince Carl Philip of Sweden, Duke of Värmland on the occasion of his 41st birthday.

Born Carl Philip Edmund Bertil on 13 May 1979 at the Stockholm Palace, Sweden to Their Majesties Carl XVI Gustaf and Silvia, The King and Queen of Sweden.

The reply is in the form of a letter in English, thanking me for my birthday wishes to His Royal Highness and also included is a portrait of His Royal HIghness. 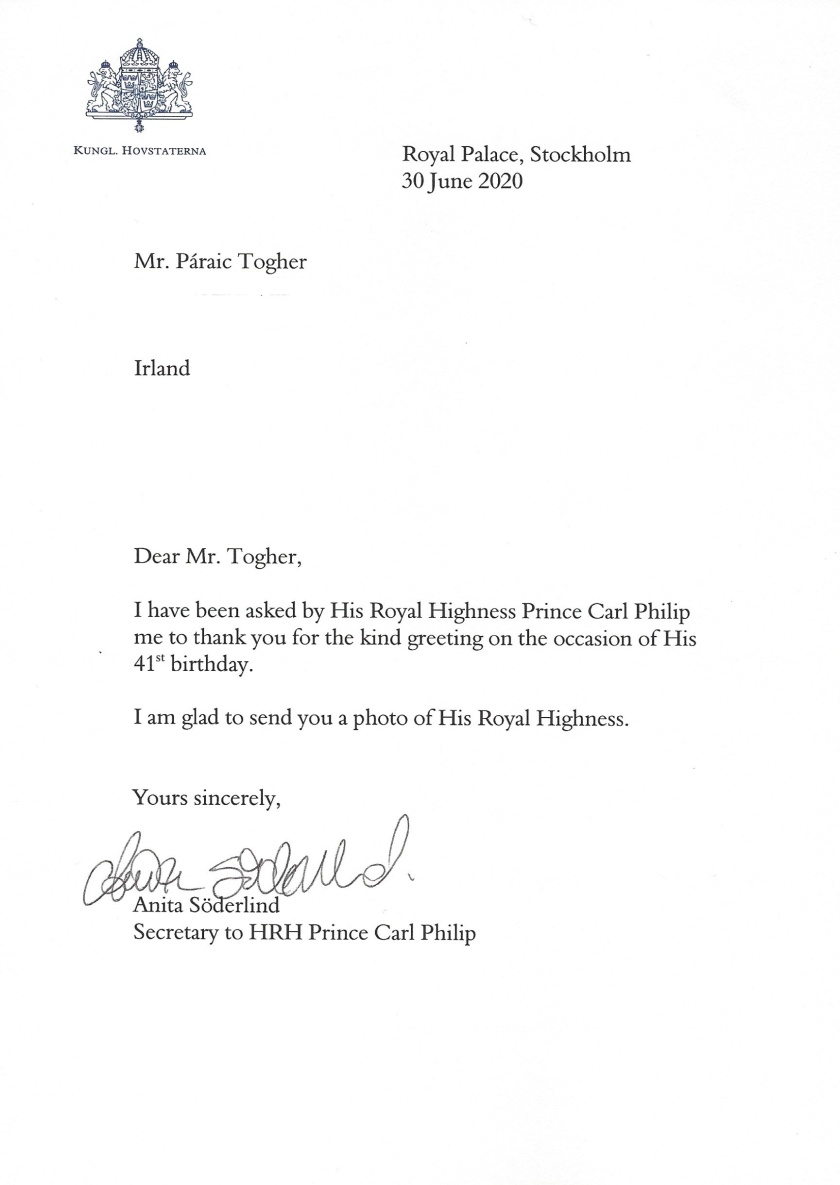 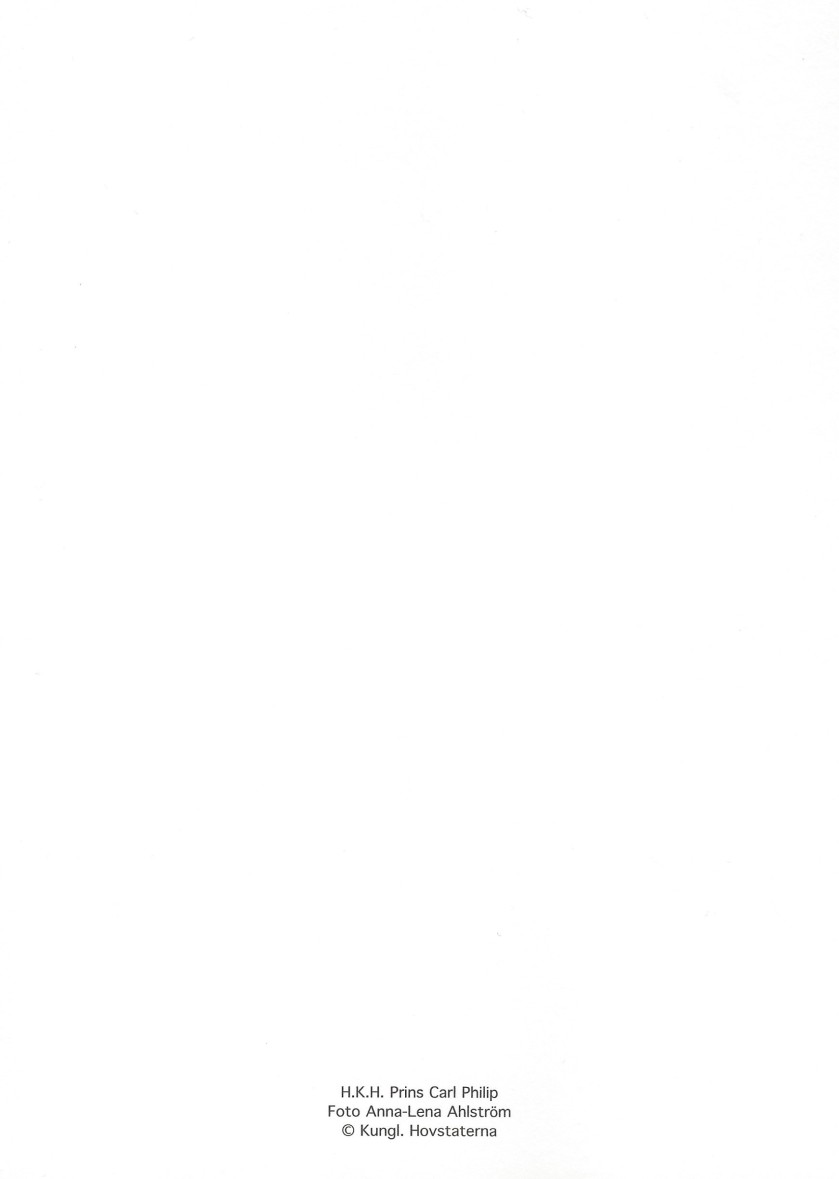