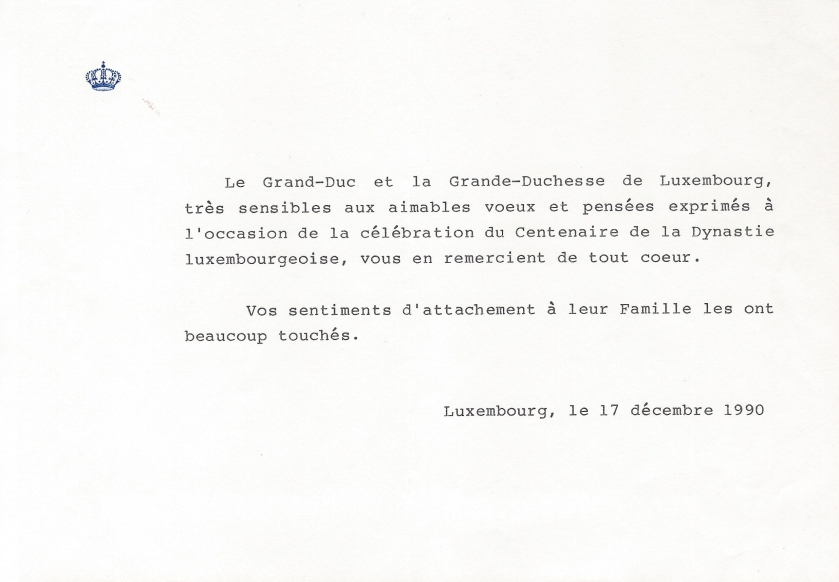 Royal response from Their Royal Highnesses The Grand Duke and Grand duchess of Luxembourg on the occasion of the 100 year anniversary of the Luxembourg Dynasty.

The reply is in the form of a letter in French. 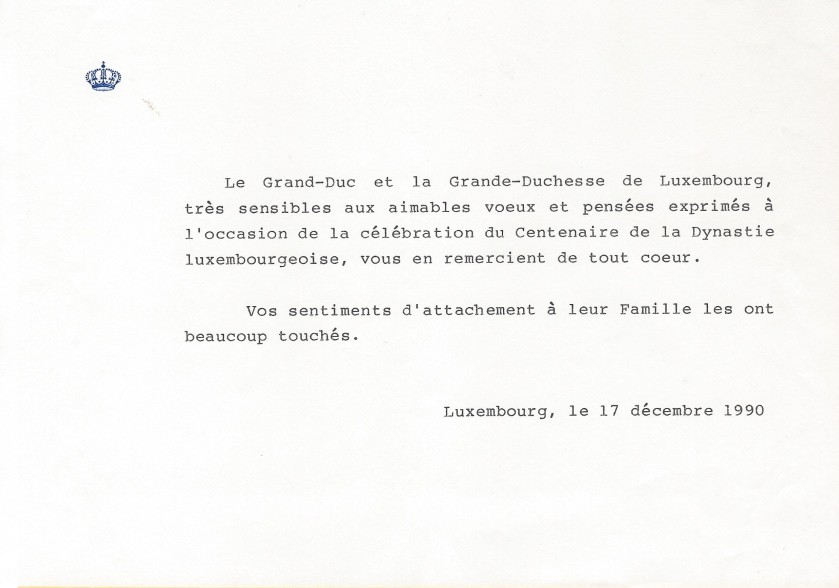 The Grand Duke and Grand Duchess of Luxembourg, very sensitive to the kind wishes and thoughts expressed on the occasion of the celebration of the Centenary of the Luxembourg Dynasty, thank you wholeheartedly.
Your feelings of attachment to their Family touched them very much.