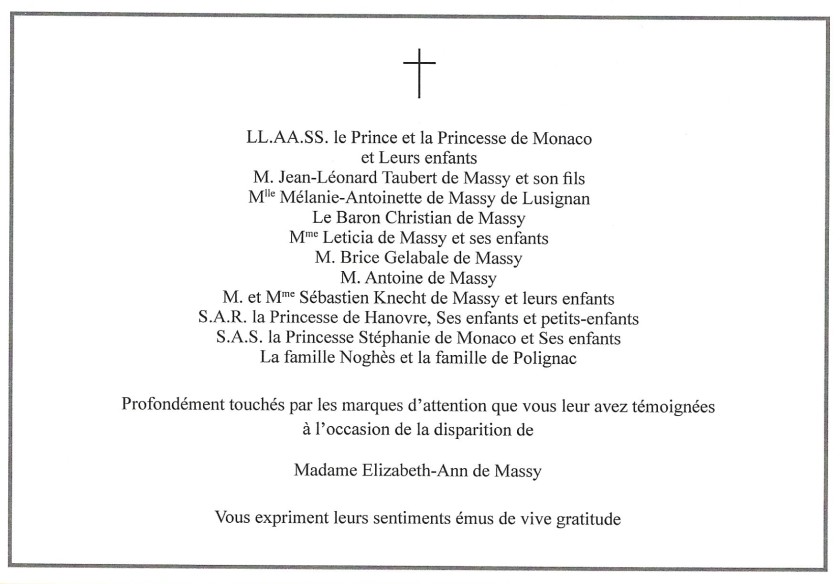 Royal response from The Princely Family of Monaco and The de Massy family on the passing of Madame Elizabeth-Ann de Massy.

The reply is in the form of a card which mentions the relations of Madam de Massy and thanks me for my wishes of condolences to them.

Her Royal Highness The Princess of Hanover, her children and grandchildren.

Her Serene Highness Princess Stéphanie de Monaco and her children.

The families of Noghès and de Polignac.

Deeply touched by the signs of attention you have shown them on the occasion of the passing of
Madame Elizabeth-Ann de Massy
You experience their emotional feelings of deep gratitude.