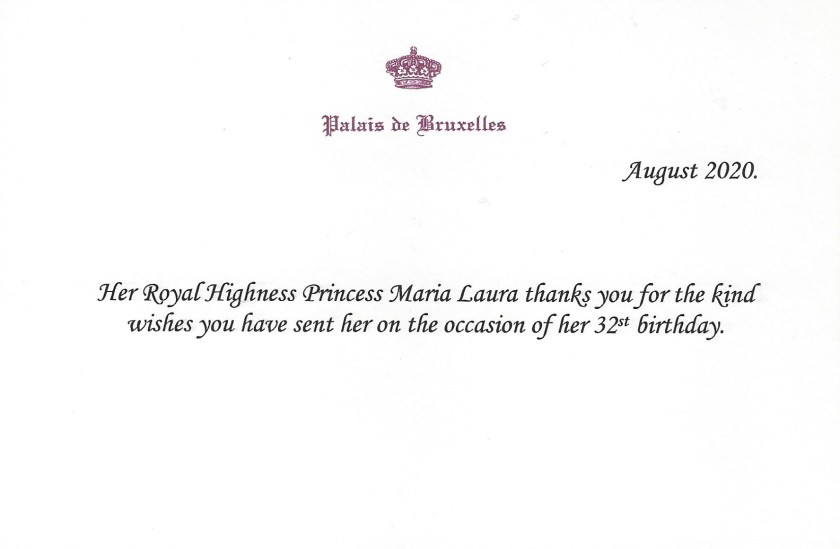 Royal response from Her Imperial and Royal Highness Princess Maria Laura of Belgium, Archduchess of Austria-Este on the occasion of her 32nd Birthday.

The reply is in the form of a card in English thanking me fro my birthday wishes.