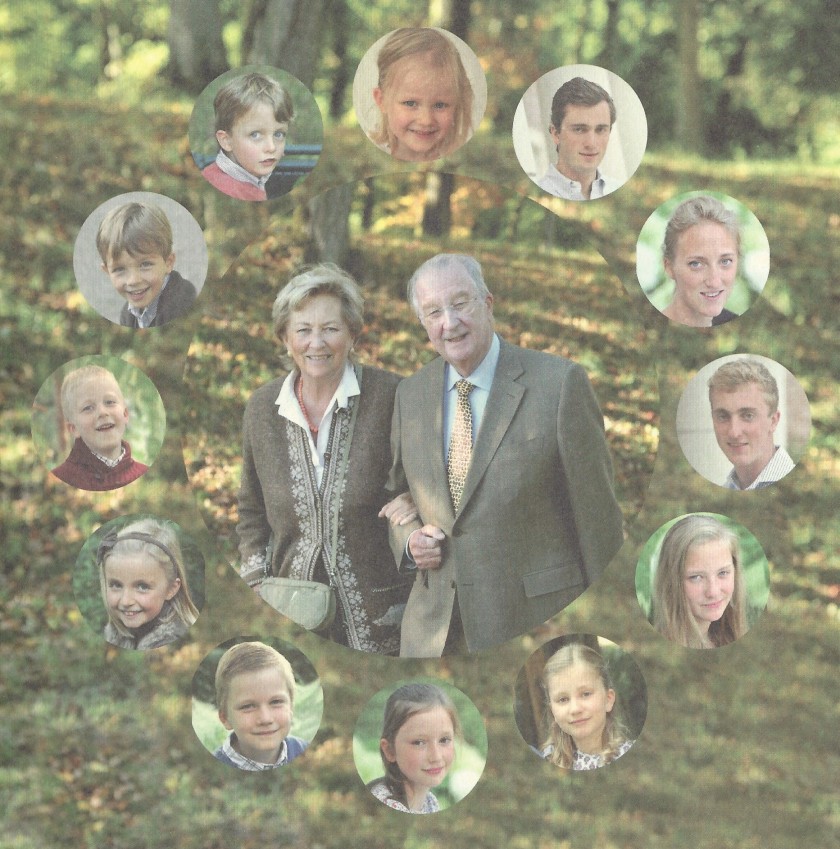 Royal response from Their Majesties Albert II and Paola, The King and Queen of The Belgians on the occasion of Christmas 2011 and the New Year 2012.

The reply is in the form of a card which on the front bear Their Majesties Joint Monogram, inside is a message in the three official languages of Belgium; French, Dutch and German and a picture of Their majesties surrounded by inserted headshots of their grandchildren.