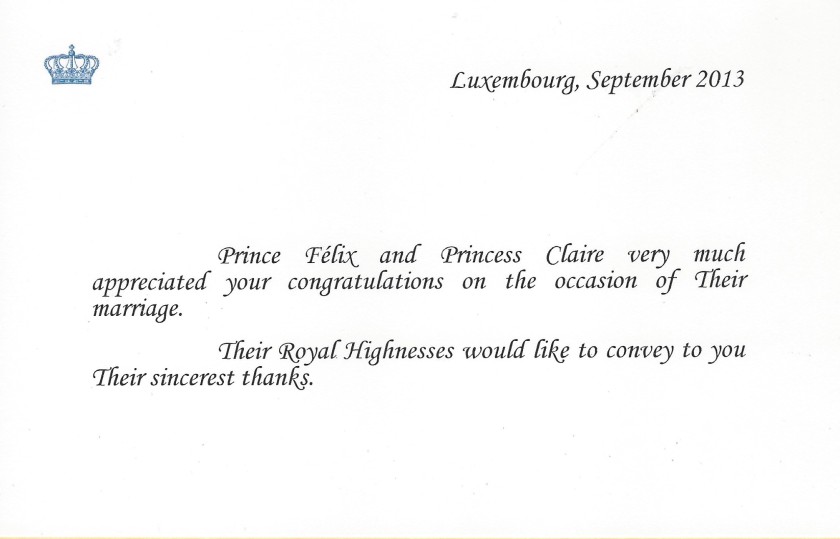 Royal response from Their Royal Highnesses Prince Félix and Princess Claire of Luxembourg on the occasion of their wedding.

The couple married civilly on 17 September 2013 in Königstein im Taunus, followed by a religious ceremony on 21 September in the Basilica of Sainte Marie-Madeleine in Saint-Maximin-la-Sainte-Baume, France.

The reply is in the form of a card in English.