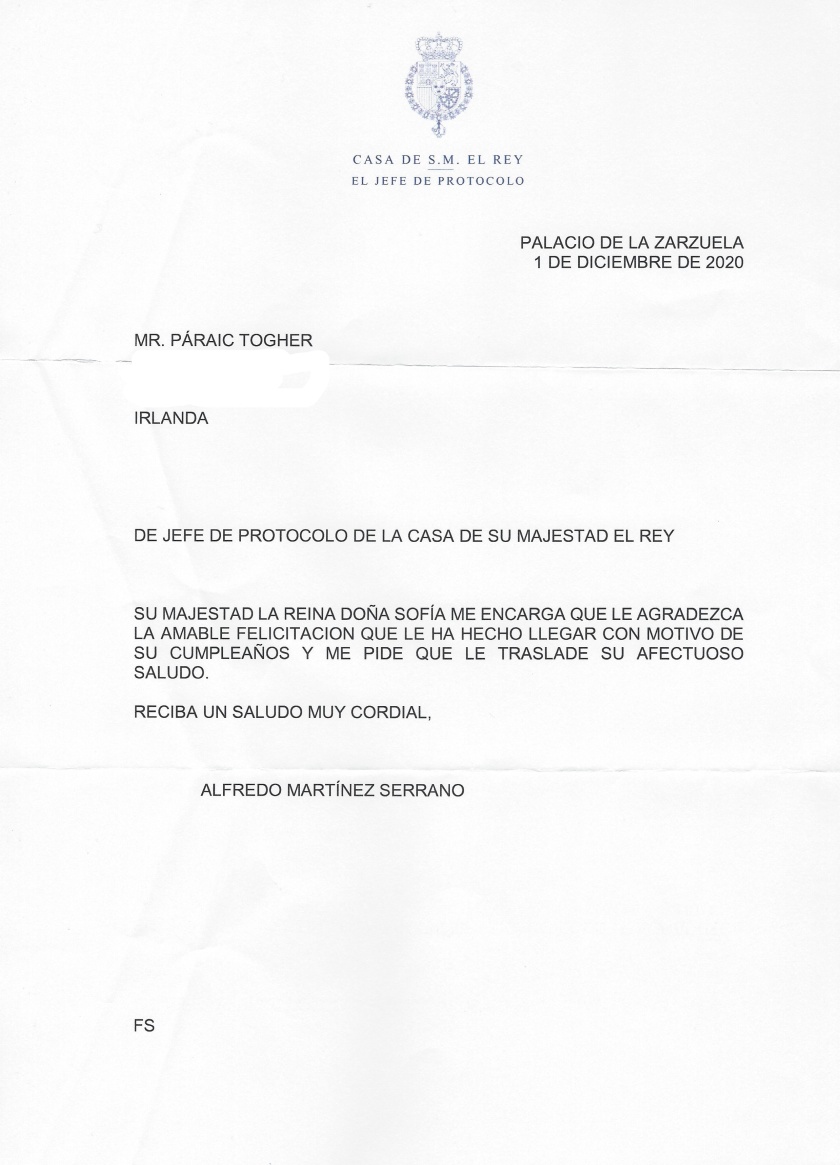 Royal response from her Majesty Queen Sofia of Spain on the occasion of her 82nd Birthday.

Born Princess Sophia of Greece and Denmark, she was the eldest child of King Paul and Queen Frederica of Greece.

The response is the form of a letter thanking me for my birthday wishes.

As head of the protocol of the house of His Majesty The King.

Her Majesty Queen Sofia charges me to thank you for the kind congratulations on the occasion of her birthday anda asks me to give you her affective greetings.