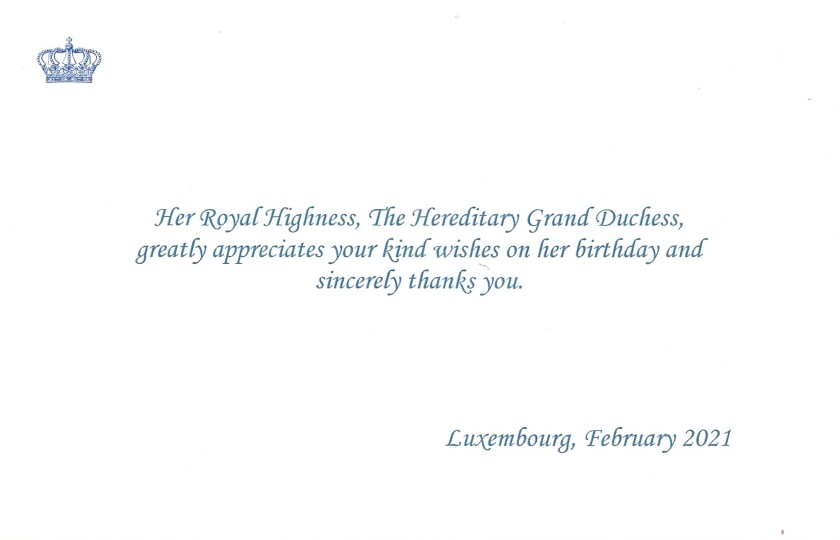 Royal response from Her Royal Highness The Hereditary Grand Duchess of Luxembourg on the occasion of her 37th birthday.

The reply is in the form of a card in English thanking me for my birthday wishes.