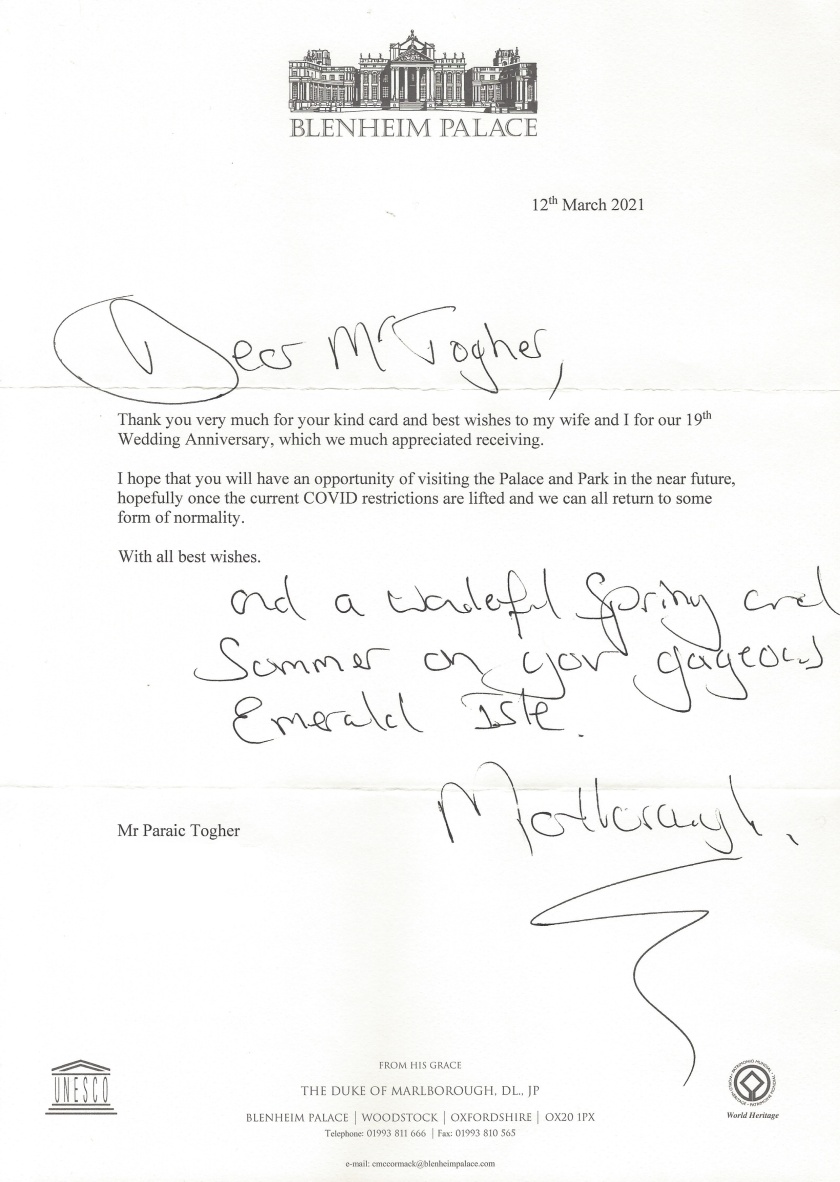 Response from Their Graces The 12th Duke and Duchess of Marlborough on the occasion of their 19th wedding anniversary.

The couple married on 1st March 2002 at Woodstock Register Office.

The Family Seat is Blenheim Palace in Woodstock, Oxfordshire.

The reply is in the form of a letter thanking me for my good wishes and is signed by His Grace.