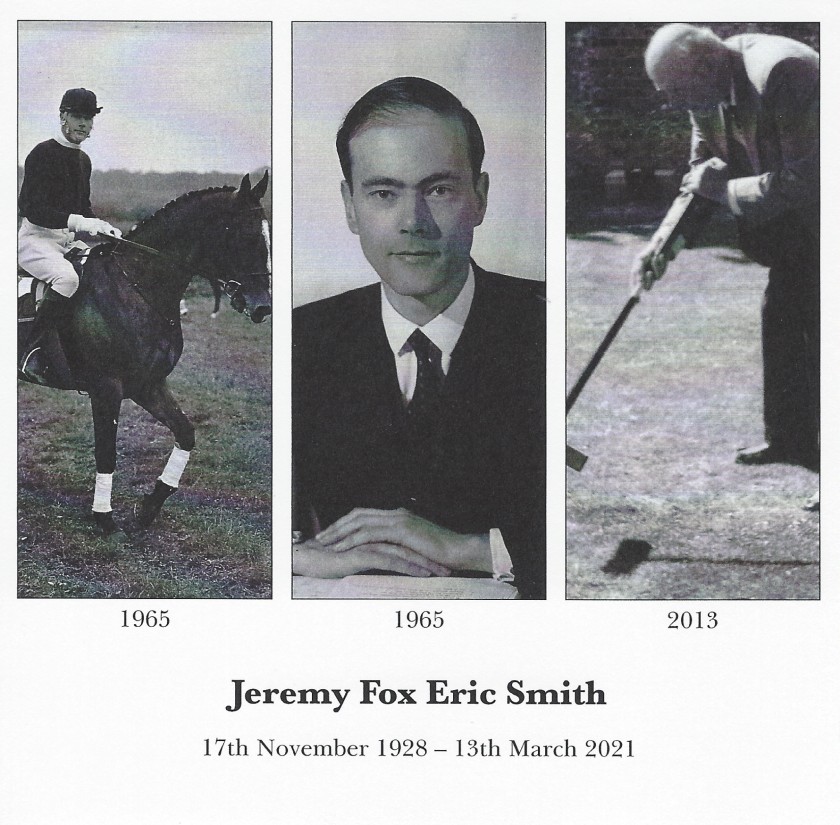 Response from The Right Honourable The Countess of Verulam on the passing of her father Jeremy Smith.

His Sister is Fortune Fitzroy, Mistress of The Robes to Her Majesty The Queen since 1967, The Dowager Duchess of Grafton.

His daughter Dione is married to The Right Honourable John Grimston, The 7th Earl of Verulam.

The reply is in the form of a card which on the front has three pictures of Mr. Smith and on the reverse is signed by Lady Verulam.