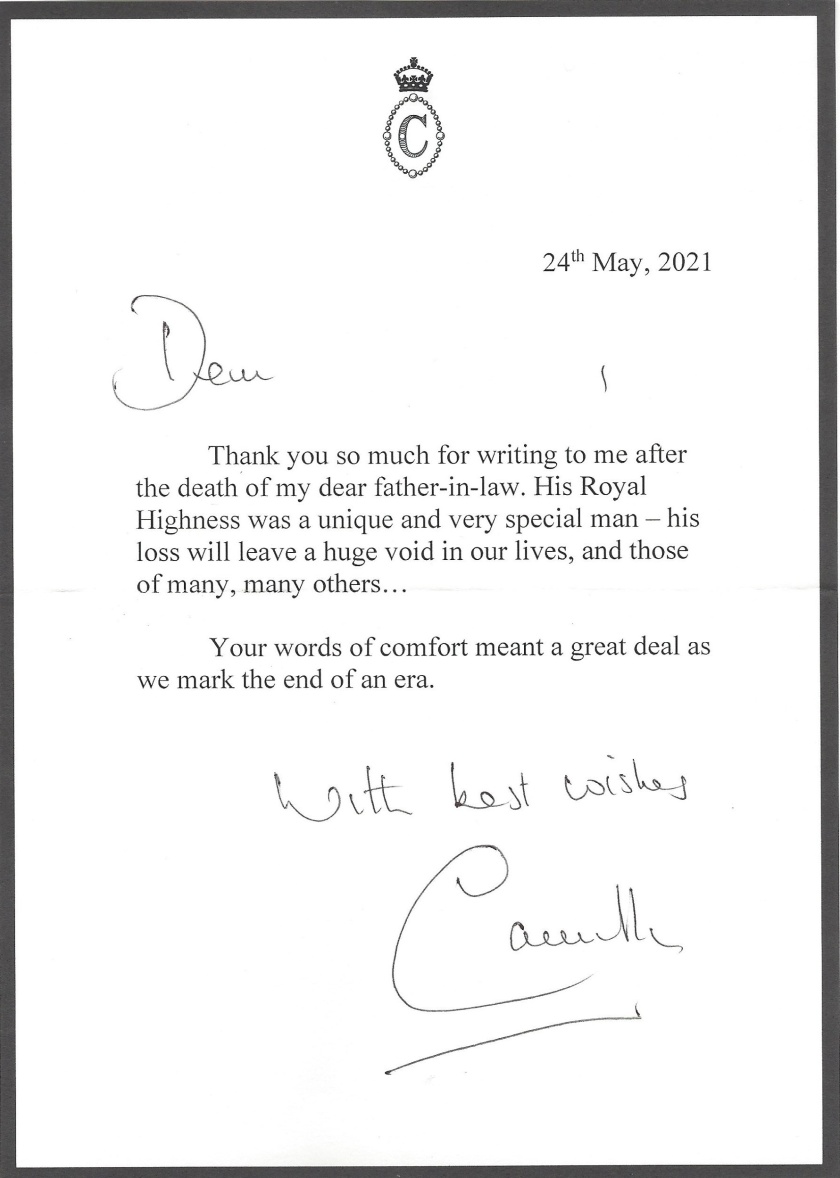 He married Her Royal Highness The Princess Elizabeth on 20th November 1947 at Westminster Abbey.

Created a Royal Highness by Letters patent on 19th November 1947 and subsequently created The Duke of Edinburgh, Earl of Merioneth and Baron Greenwich of Greenwich in The County of London. On 22nd February 1957 further Letters Patent created The Duke as a Prince of The United Kingdom of Great Britain and Northern Ireland.

His Full title and British Honours as read at his funeral by Thomas Woodcock, Garter Principal King of Arms,

Thus it hath pleased Almighty God to take out of this transitory life unto his divine mercy the late most Illustrious and most Exalted Prince Philip, Duke of Edinburgh, Earl of Merioneth and Baron Greenwich, Knight of the Most Noble Order of the Garter, Knight of the Most Ancient and Most Noble Order of the Thistle, Member of the Order of Merit, Knight Grand Cross of the Royal Victorian Order upon whom had been conferred the Royal Victorian Chain, Grand Master and Knight Grand Cross of the Most Excellent Order of the British Empire, Lord High Admiral of the United Kingdom, One of Her Majesty’s Most Honourable Privy Council, Admiral of the Fleet, Field Marshal in the Army and Marshal of the Royal Air Force, Husband of Her Most Excellent Majesty Elizabeth the Second by the Grace of God of the United Kingdom of Great Britain and Northern Ireland and of Her other Realms and Territories, Queen, Head of the Commonwealth, Defender of the Faith, Sovereign of the Most Noble Order of the Garter, whom may God preserve and bless with long life, health and honour and all worldly happiness. His Royal Highnesses also held many foreign orders.

The reply is in the form of a letter personally signed by Her Royal Highness.