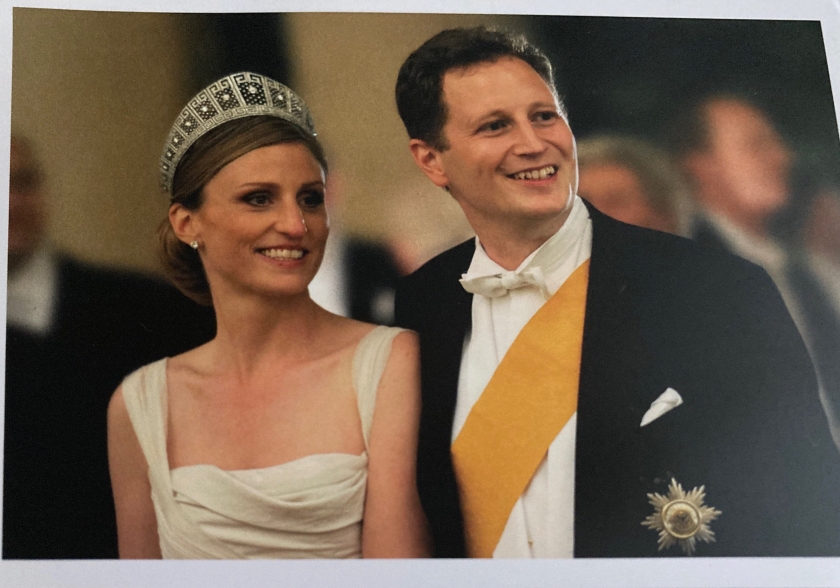 Royal response from Their Imperial and Royal Highnesses The Prince and Princess of Prussia on the occasion of their 10th wedding anniversary.

Born Sophie Johanna Maria on 7th March 1978 in Frankfurt, West Germany to Their Serene Highnesses Franz-Alexander and Christine, The 6th Prince and Princess of Isenburg.

The couple married civilly on 25th August 2011 in Potsdam’s City Hall by Mayor Jann Jakobs and married religious on 27th August 2011 at the Church of Peace, Postdam, Germany.

The reply is in the form of a postcard which on the front has a picture of the couple on their wedding day and on the back is a message thanking me for my wishes on their anniversary and is hand signed by the couple.