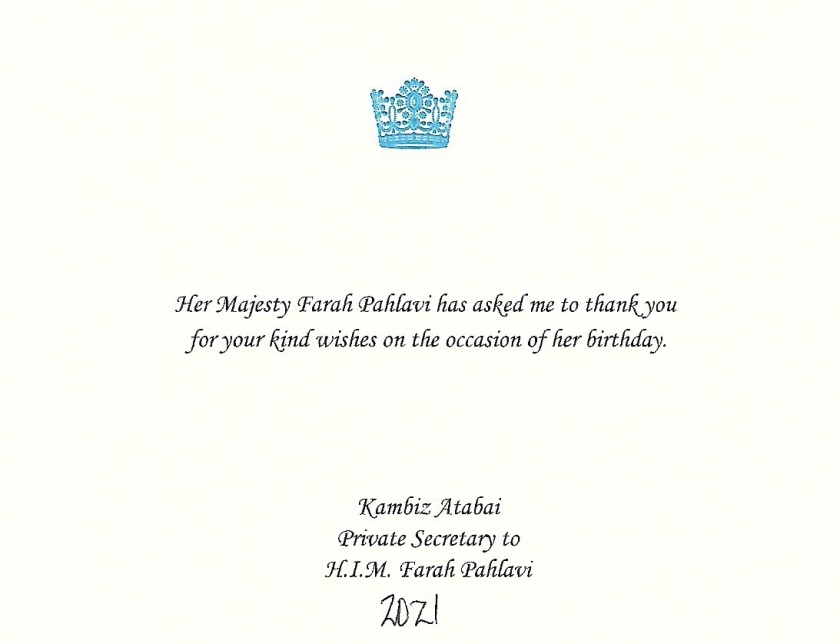 Royal response from Her Imperial Majesty The Empress (Shanbanu) of Iran on the occasion of her 83rd Birthday.

She married The Shan of Iran (Mohammad Reza Pahlavi) (Last Emperor of Iran) on 21st December 1959 and together they had 4 children.

The reply is in the form of a card in English.