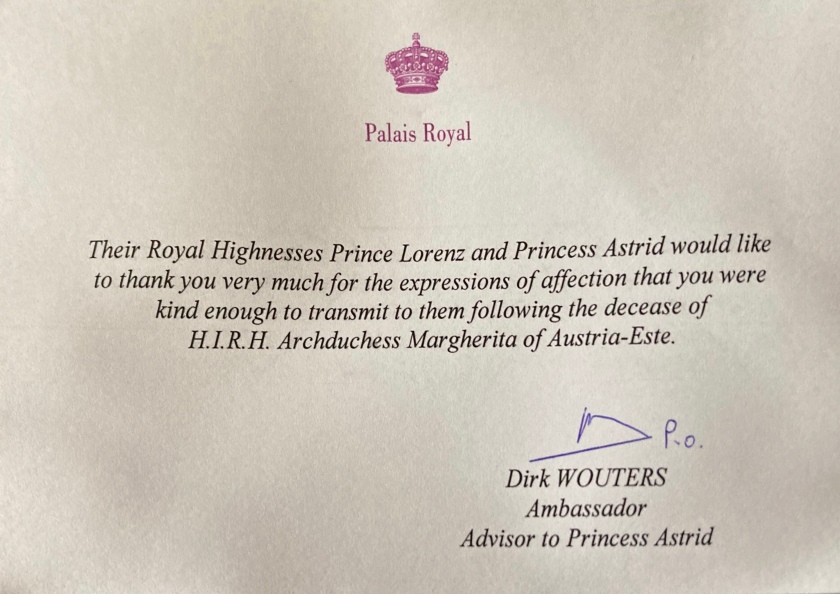 Born Princess Margherita of Savoy-Aosta on 7th April 1930 to Amedeo, 3rd Duke of Aosta and his wife Princess Anne, The Duchess of Aosta, she was the eldest of the couples 2 daughters. She married His Imperial and Royal Highness Robert, The Archduke of Austria-Este on 29th December 1953 in Brou, France. they had 5 children together, 3 boys and 2 girls, one og whom is His Imperial and Royal Highness Prince Lorenz of Belgium, The Archduke of Austria-Este, the husband of Princess Astrid of Belgium, daughter of Kng ALbert II and Queen Paola of Belgium.

The reply is in the form of a card in English thanking me for my wishes.