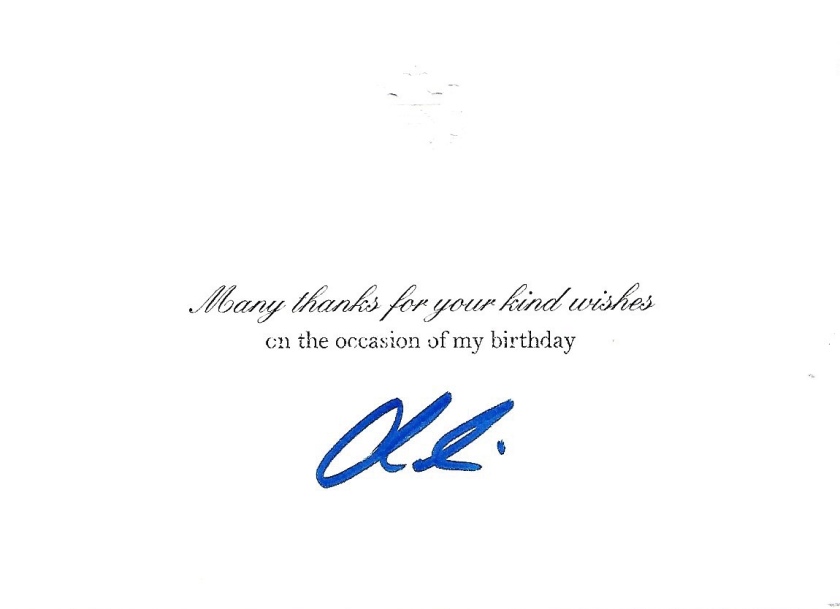 Royal response from His Serene Highness The Hereditary Prince of Liechtenstein on the occasion of his 54th birthday.

Born Alois Philipp Maria on 11th June 1968 to Their Serene Highnesses Hans-Adam II and Marie, The Prince and Princess of Liechtenstein. On 3rd July 1996 at St. Florin’s Cathedral in Vaduz he married Her Royal Highness Duchess Sophie in Bavaria a daughter of Their Royal Highnesses Prince Max and Princess Elisabeth, Duke and Duchess in Bavaria. They have 4 children; 3 sons and 1 daughter.

He is the Heir Apparent to The Throne of Liechtenstein and has been Regent since 15th August 2004.

The reply is in the form of a card signed by His Serene Highness.