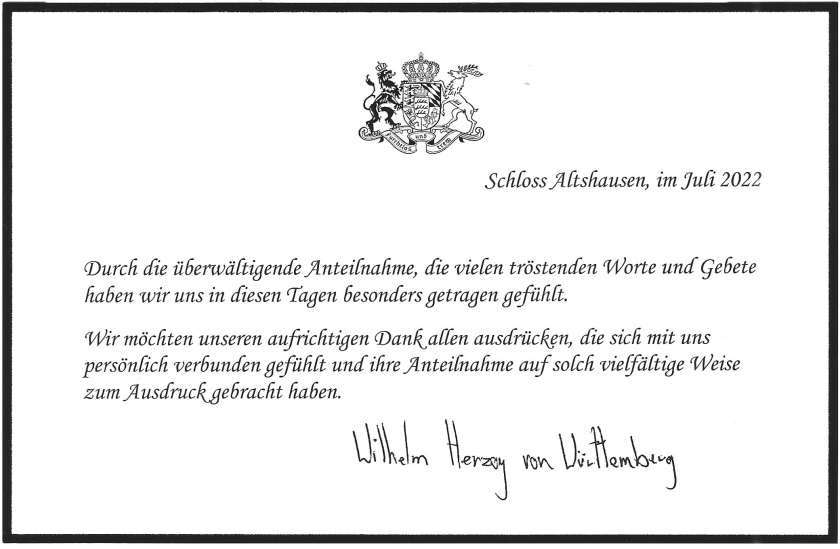 He married Her Royal Highness Princess Diane D’Orléans (daughter of Their Royal Highnesses Henri and Isabelle, The Count and Countess of Paris) on 21st July 1960.

The couple has 4 sons and 2 daughters;

His Royal Highness passed away on 7th June 2022.

He is succeeded by his grandson Wilhelm as The Duke of Württemberg.