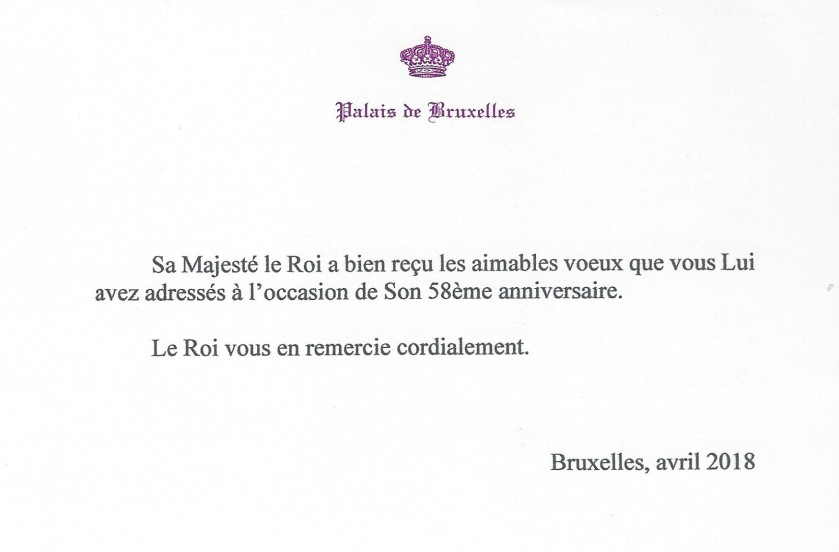 Royal Response from His Majesty King Philippe of Belgium for his 58th Birthday, The reply is the form of card with a message in French. It also included a picture of His Majesty

His Majesty the King has received the kind greetings that you have addressed to him o the occasion of his 58th birthday. The King thanks you cordially. 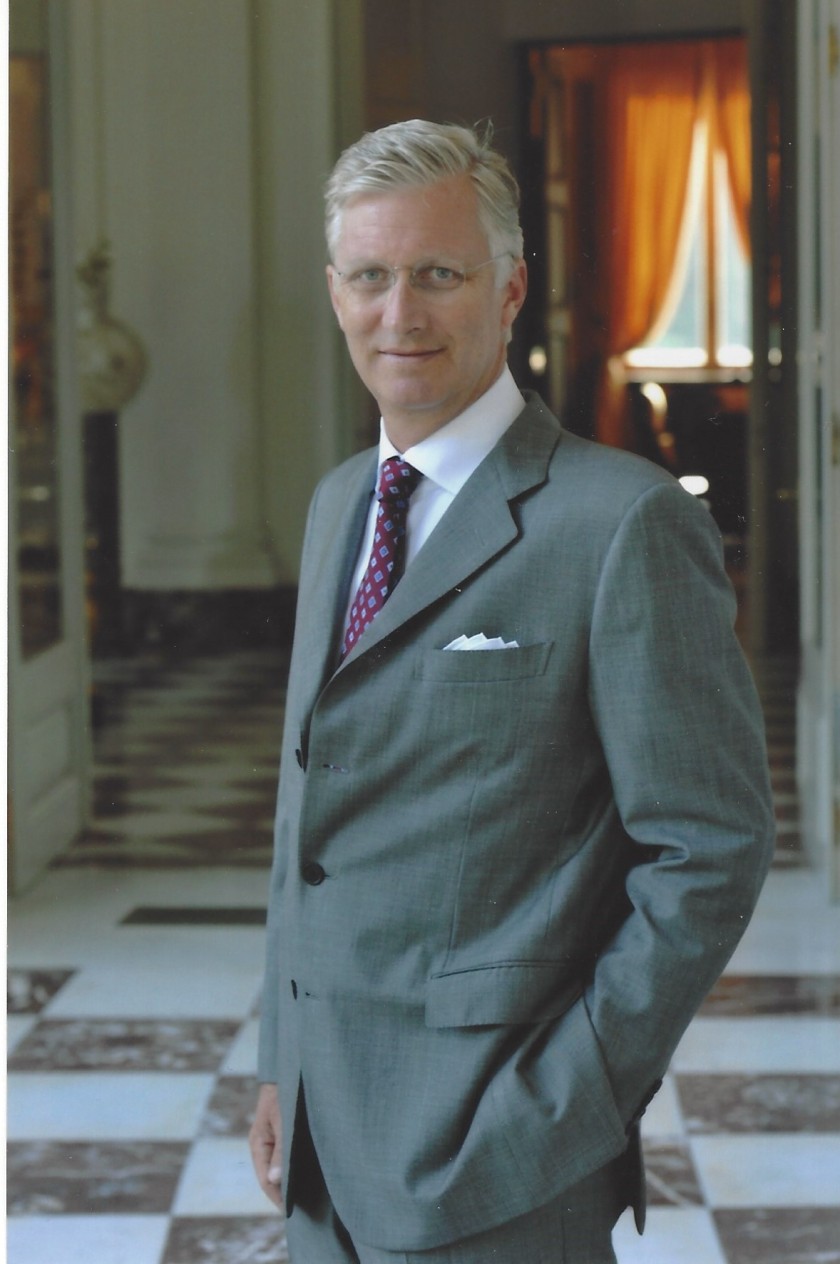