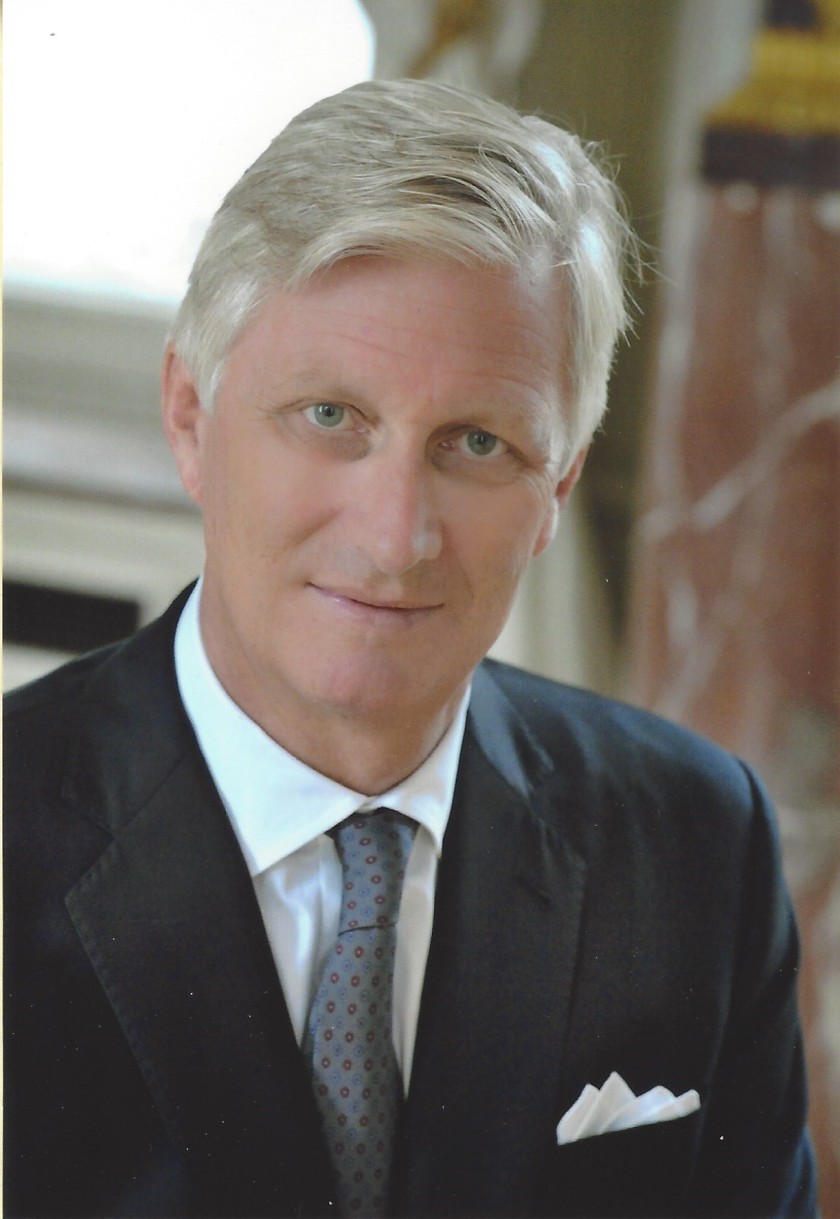 Royal response from His Majesty The King of the Belgians on the occasion of his 59th birthday. King Philippe has been King of Belgium since 2013 upon the abdication of his father Albert II. The response is in the form of a card with a message in French and accompanied by a picture of His Majesty. 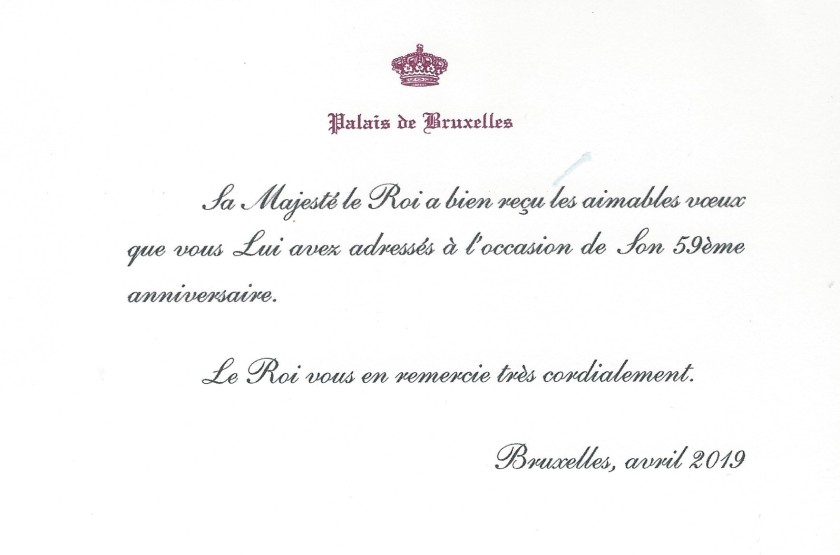 The Majesty the King has received the kind greetings you have addressed to him on the occasion of his 59th birthday.
The King thanks you very cordially.