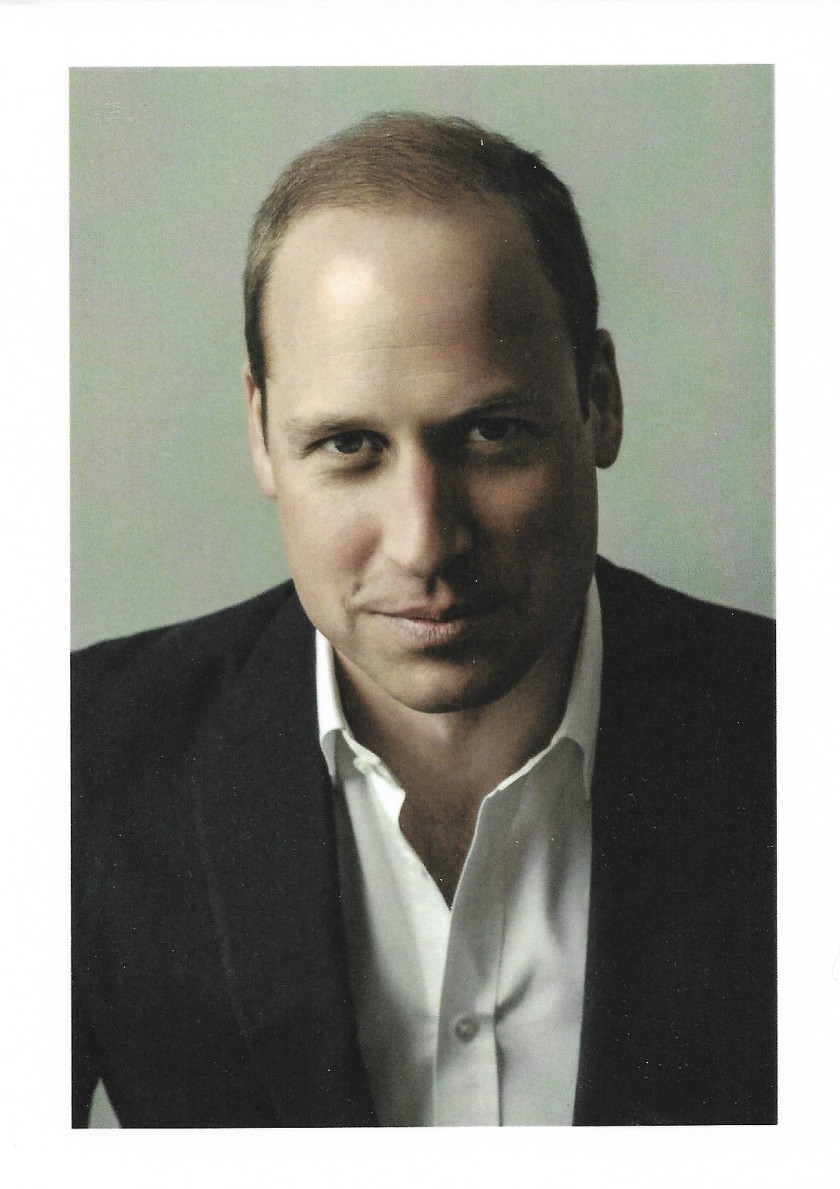 Royal response from His Royal Highness The Duke of Cambridge on the occasion of his 37th Birthday.

Born William Arthur Philip Louis on 21st June 1982 in the Lindo Wing of St Mary’s Hospital, London to Their Royal Highness The Prince and Princess of Wales. Since his birth he has been 2nd in Line of Succession to The Throne of The United Kingdom behind his father The Prince of Wales. He has one younger brother, Prince Harry, The Duke of Sussex.

On 29th April 2011 in Westminster Cathedral, London her married Miss. Catherine Middleton. Shortly before the wedding he was created The Duke of Cambridge, The Earl of Strathearn and The Baron Carrickfergus. Together they have 3 children; 2 sons and 1 daughter; Prince George born 22nd July 2013, Princess Charlotte 2nd May 2015 and Prince Louis born 23rd April 2018.

The response is in the form of a card feauting a picture of His Royal Highness taken for British GQ magazine and the back features a message thanking me for my birthday wishes and wishing me thanks.