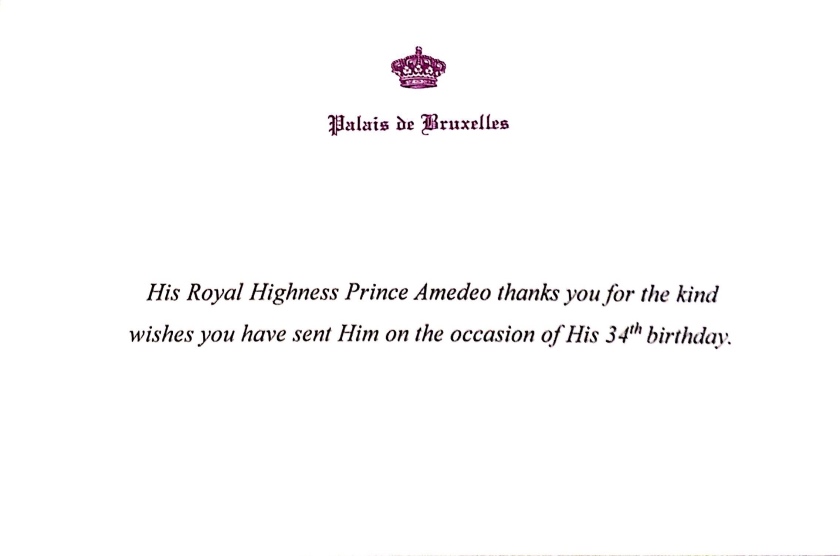 Royal response from His Imperial and Royal Highness Prince Amedeo of Belgium, Archduke of Austria-Este.

The reply is int he form of a card thanking me for my wishes for Prince Amedeo’s Birthday.