Born Frederik André Henrik Christian on 26th May 1968 at Rigshospitalet the Copenhagen University Hospital in Copenhagen, Denmark to Their Royal Highnesses Prince Henrik and Princess Margrethe of Denmark.

He was christened on 24th June 1968, at Holmen Church, in Copenhagen. His godparents Count Etienne de Laborde de Monpezat; Her Majesty Anne Marie, The Queen of Greece; His Highness Prince Georg of Denmark; Her Royal Highness Joséphine-Charlotte, The Grand Duchess of Luxembourg; Baron Christian de Watteville-Berckheim and Birgitta Juel Hillingsø.

He was confirmed in Fredensborg Palace Chapel on 28 May 1981.

Margrethe II, The Queen of Denmark

1983 – 1986; He studied and graduated from the upper secondary school of Øregaard Gymnasium.

His became engaged to Mary Donaldson on 8th October 2003.

The couple married on 14th May 2004 in the Copenhagen Cathedral in Copenhagen, Denmark. They have four children.

Margrethe, The Queen of Denmark 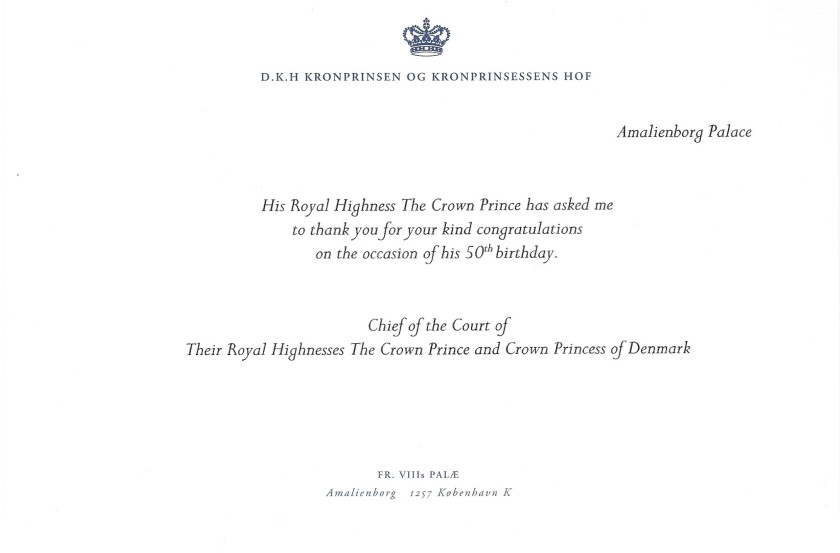 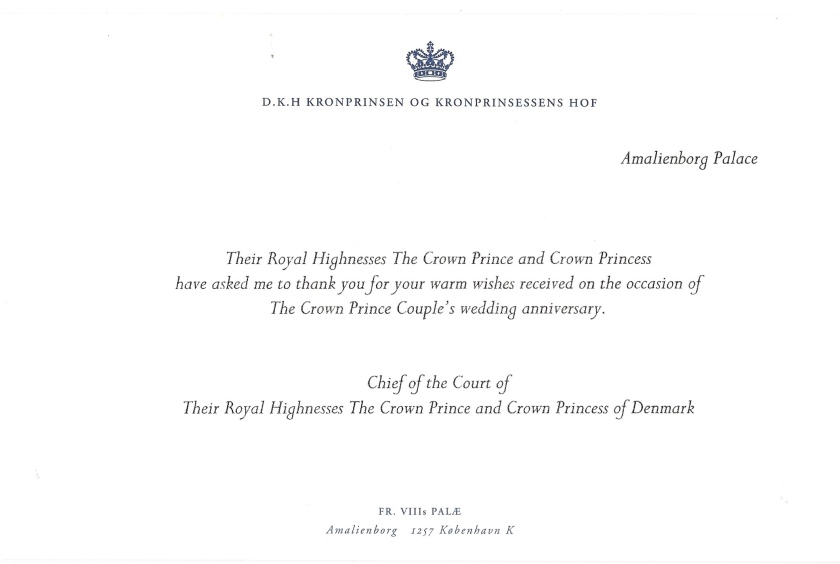 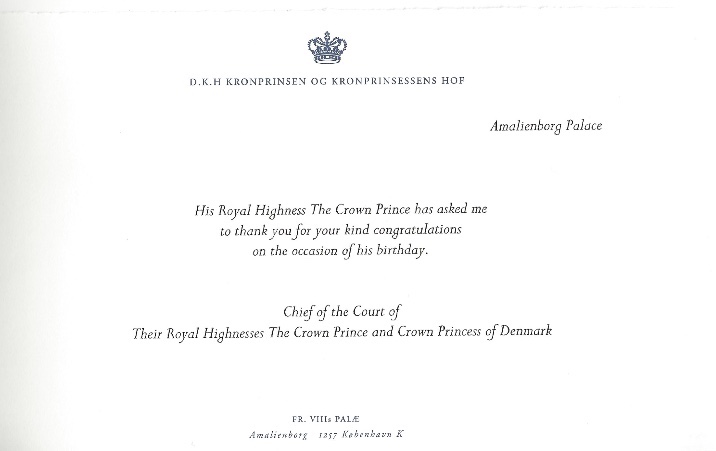