Royal response from Their Royal Highnesses Prince Friso and Princess mabel of Orange-Nassau on the occasion of the birth of their daughter Countess Joanna Zaria Nicoline Milou of Orange-Nassau, Jonkvrouwe van Amsberg.

The reply is in the form of a card with a picture of The Royal Couple with their two daughters Luana and Zaria and inside is a message in Dutch with the printed signatures of Their Royal Highnesses. 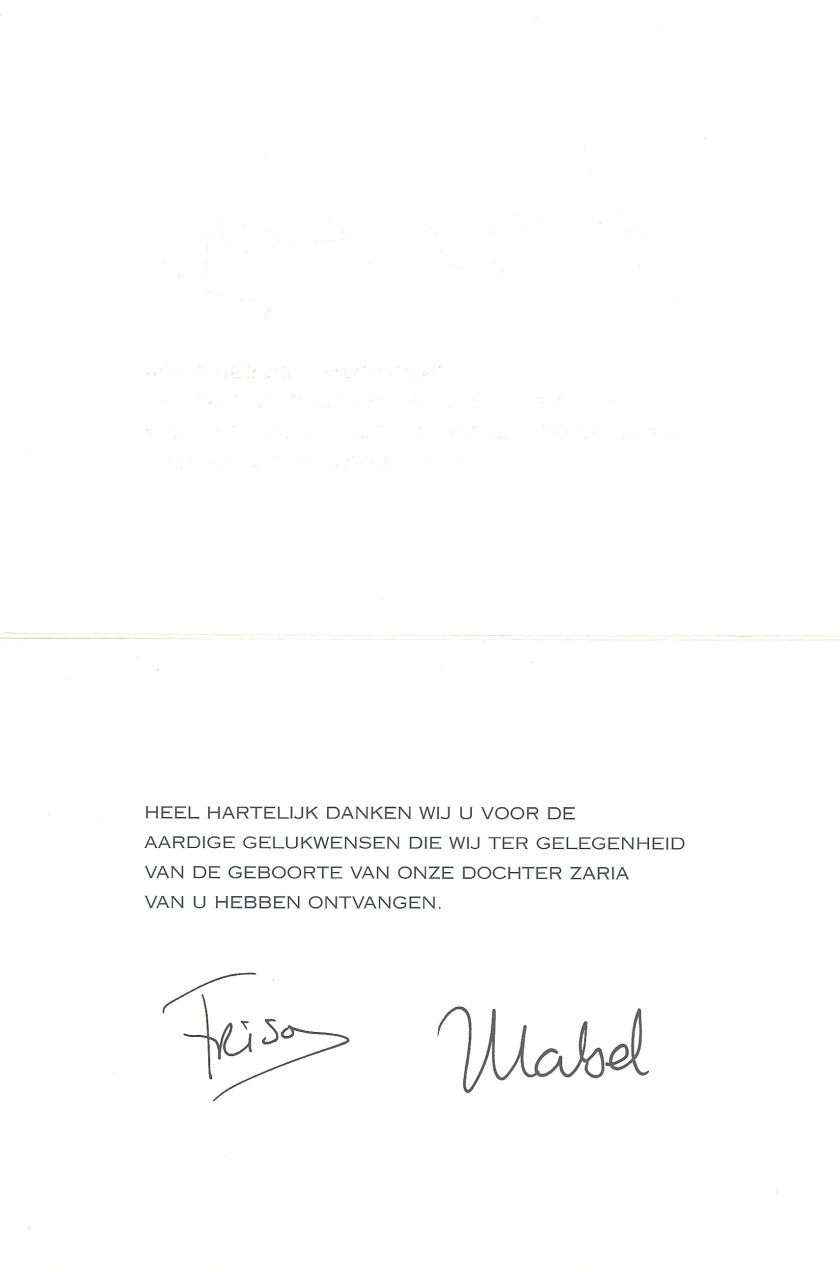 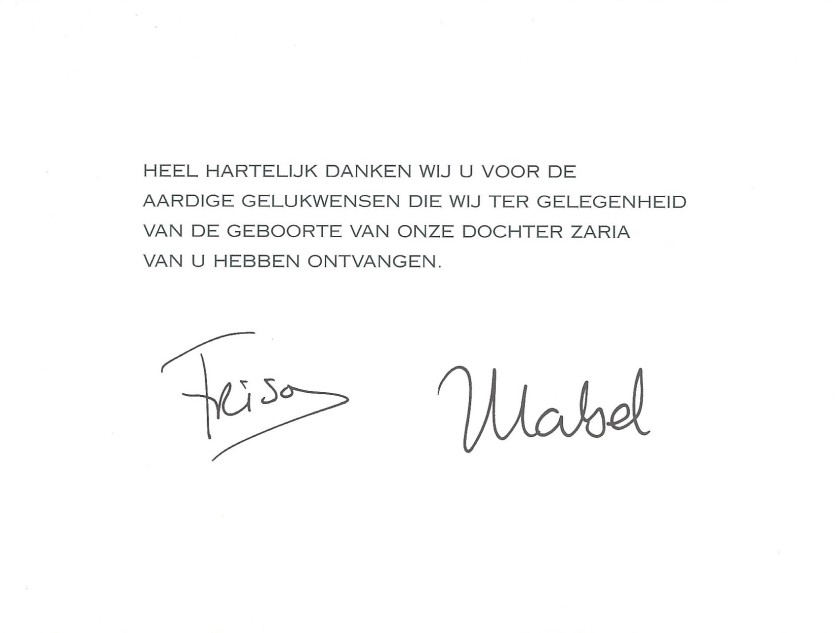 Thank you very much for the kind congratulations we received from you on the occasion of the birth of our daughter Zaria.