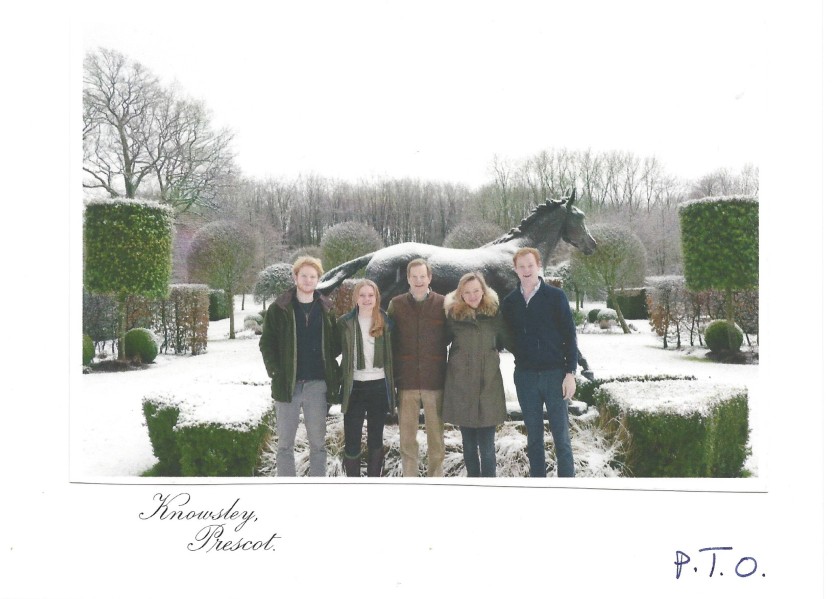 Response from The Right Honourable The Countess of Derby n response to a letter I sent on her featuring on Her Grace The Duchess of Rutland’s The Duchess Podcast.

Lady Derby features on the episode 4 of the podcast and speaks about the history of The Stanley/Derby Family, her story as someone who grew up on an Estate and then married into one and the hard work needed to put it back together after it had been leased out to The Police Force and as Chatelaine of The Estate, and the history of Their Seat of Power, Knowsley Hall.

The Family Seat is Knowsley Hall since 1702.

The Family Motto is Sans changer which translates as Without Changing.

The card is in the form of a card which on the front has the family crest and Motto and inside are two pictures; one of the 19th Earl and Countess of Derby Children in 2002 and one of the family taken at Knowsley hall.