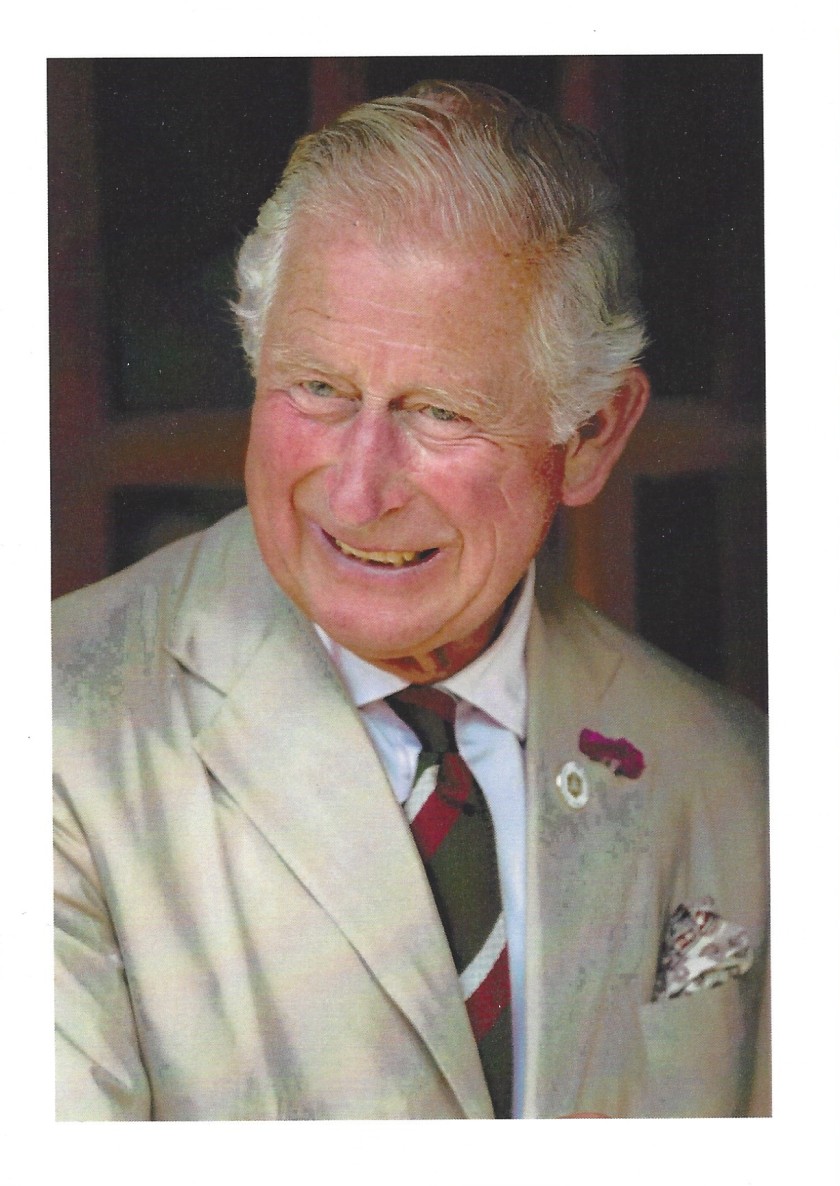 Royal response from His Royal Highness The Prince of Wales on the occasion of his 71st birthday.

Born Charles Philip Arthur George on 4 November 1948 Buckingham Palace in London to then Their Royal Highnesses The Duke and Duchess of Edinburgh later Her Majesty Elizabeth II, Queen of The United Kingdom and His Royal Highness The Duke of Edinburgh.

He has been married twice, he first married Lady Diana Spencer on 29th July 1981 and they divorced on 28 August 1996. They had two children together; Prince William of Wales (William Arthur Philip Louis born on 21st June 1982) and Prince Henry of Wales (Henry Charles Albert David born on 15th September 1984).

On 9th April 2005 he married Camilla Parker Bowles in Windsor Guildhall in the town hall of the town of Windsor. they have been married since and she is known as Her Royal Highness The Duchess of Cornwall.

The reply is in the form of a photocard which on the front bears a picture of His Royal Highness taken during his visit to Hayley Hanson in Brecon, Wales in his role as Patron for The Prince’s Countryside Fund ands on the reverse bears the Prince of Wales feathers and a message of thanks for birthday wishes for his 71st birthday. 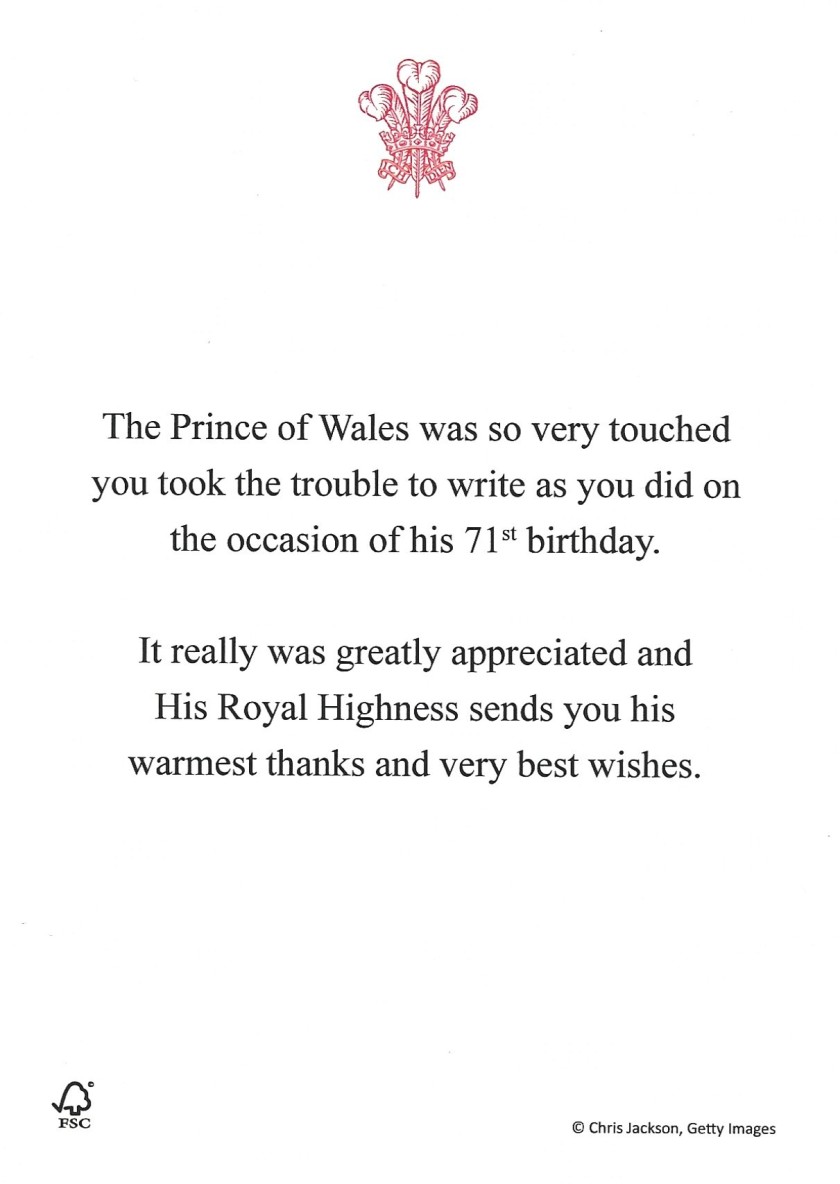